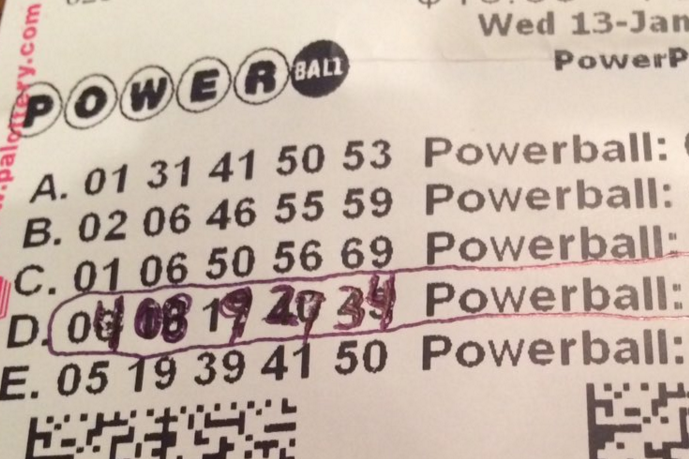 Attorney Michael Adler tweeted this photo, posting a jab at a Wisconsin sheriff's department scrutinized by the Netflix series "Making a Murderer."

A witty post Thursday by a Philadelphia lawyer quickly spread across Twitter thanks to its humorous jab at the Wisconsin sheriff's department scrutinized by the popular Netflix show "Making a Murderer."

Posting a photo of an obviously altered Powerball ticket, Michael E. Adler joked that employees from the Manitowoc County Sheriff's department had emerged as one of the winners of Wednesday's $1.6 billion drawing. The tweet has been shared more than 23,000 times and favorited more than 24,000 times.

"My phone has been vibrating non-stop since 12:30 this morning," Adler said. "All through the Internet and back. I was No. 1 trending in Chicago and Melbourne, Australia. Rosie O'Donnell retweeted it and started following me. Stephen Curry liked it. It's crazy."

The "Making a Murderer" series examines the case of Steven Avery, a Wisconsin man convicted of murdering photographer Teresa Halbach. The documentary suggests the Manitowoc sheriffs might have planted evidence against Avery, who previously served 18 years in prison before being exonerated of a sexual assault and attempted murder conviction.

The 10-part series has generated considerable buzz since being released in December.

Adler, an active member of the Temple University Alumni Association, said he frequently makes political cracks on Twitter and Facebook that typically receive between 60 and 100 likes. But combining two hot topics on the Internet was a recipe for a response he described as "out of control."

"It's amazing how these things go viral," Adler said. "It started immediately. It hasn't slowed down. It's literally about 2,000 an hour – tweets, retweets. Temple University just posted about it.