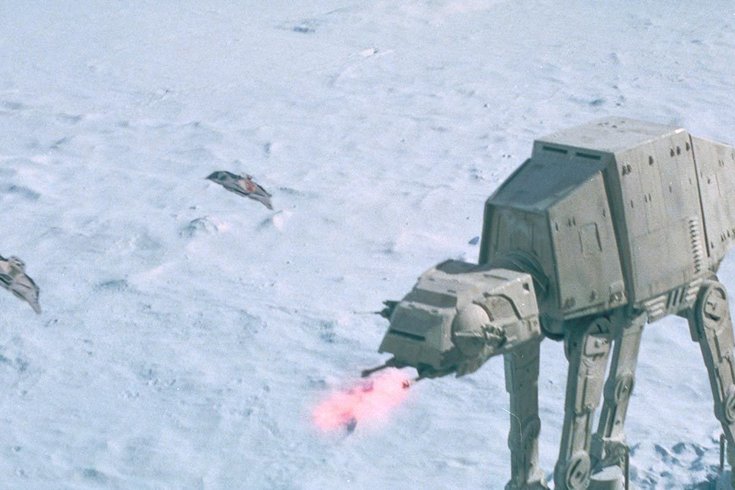 Look, I don't mean to pick on CBS3 anchor Natasha Brown, or even suggest that she's not, in fact, a true "Star Wars" fan. But if you're going to go on television and say you are a real fan, it's generally not a good look to immediately mispronounce something from the movies.

Reading the script for an odd news story about an Ohio family who sets up a comically large "Star Wars" display for Halloween, Brown said you don't need to be a fan of the movies – even though she is – to appreciate the decoration. She then proceeded to incorrectly call the AT-AT (All Terrain Armored Transport) Walker an "ah-tee ah-tee" walker.

In Brown's defense, there is actually debate among "Star Wars" fans as to how the AT-AT Walker is pronounced. I, like many others, have always pronounced each letter individually and have used the long "a" sound: "ay-tee ay-tee."

As it turns out, however, the official way to pronounce it is phonetically by rhyming it with "hat hat," a fact confirmed when Time reached out to Lucasfilm in 2010.

The point here: There's the commonly misused "ay-tee ay-tee" pronunciation and there's the correct one. But Brown's use of the short "a" sound, along with the question mark that can be heard in her voice, raises serious questions about her "Star Wars" fandom. No hard feelings, Natasha, but please keep this page bookmarked for your next "Star Wars" report.