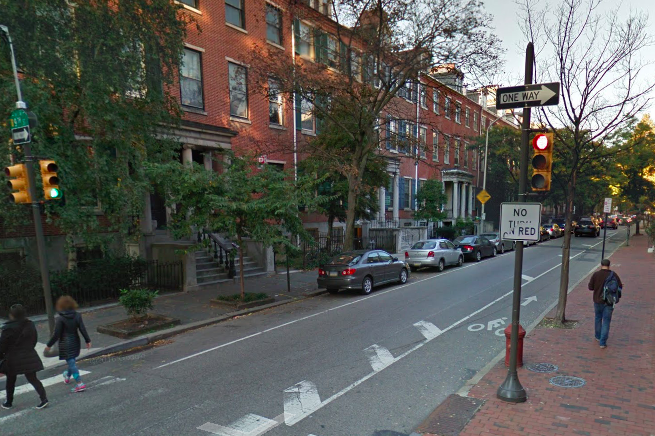 A relic of Philadelphia's infrastructural history has been transferred into safekeeping after a local resident and educator at Temple University discovered a series of wooden logs that turned out to be remnants of the city's water main system.

The find was made Wednesday as Julie Snell, an arborist who teaches a course on sustaining urban ecosystems, rode her bike along the 900 block of Walnut Street, according to the Philadelphia Water Department's Watersheds blog.

Workers who had been replacing a water line had excavated the logs and set them down on the roadside, interfering with Snell's path on the bike lane.

“It’s funny because I was annoyed that the bike lane was blocked, and so I was walking my bike on the sidewalk and almost went right by them," Snell told the Watersheds blog. "But then I noticed what looked like a tree trunk, and I got interested." 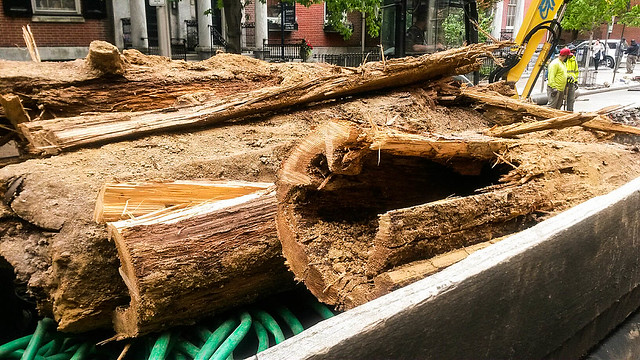 Snell brought the logs to the attention of PWD historian Adam Levine, whose research pinpointed the artifacts to around 1812, prior to the completion of the Fairmount Water Works. At the time, drinking water was delivered using gravity from Centre Square Water Works where City Hall stands today.

Further archival research suggests the wooden water mains were installed by the city's Watering Committee, a PWD precursor that ultimately replaced the wooden system with cast iron mains between 1831 and 1858.

The wooden pipes, rotted from years spent underground, have been salvaged and moved to a storage space, where they will now be used for educational demonstrations.