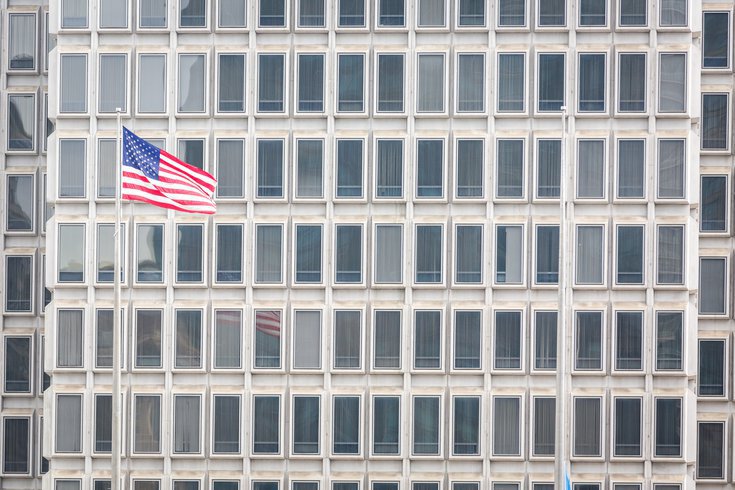 FBI agents arranged meetings with the defendants, former employees at the Philadelphia Department of Revenue, to provide bribes at the Municipal Services Building in Center City, according to prosecutors.

A trio of former Philadelphia employees who worked in the city's revenue department were charged Thursday with soliciting and accepting bribes in connection with their jobs, federal prosecutors announced.

The three employees are accused of using their positions to erase municipal fees and taxes owed to the city by residents and businesses, collecting portions of what was owed for their personal enrichment.

Jarredd McQueen, 50, was a customer collection representative for the revenue department who allegedly accepted $9,000 in bribes connected to his work. The alleged crimes occurred between May 2018 and the time of his resignation in July 2020.

In one instance, McQueen allegedly erased a $5,644.88 trash fee owed to the city in exchange for a $1,500 cash bribe paid by a person cooperating with the FBI.

The three defendants, all customer collection representatives, allegedly concealed their activity by altering and deleting items in the city's Taxpayer Information Payment System, which keeps track of financial obligations from residents and businesses.

Natal worked in the Major Tax Unit collecting delinquent business tax payments on Philadelphia properties. As part of her job, Natal met and corresponded with taxpayers about their outstanding debts.

In one case, Natal told a taxpayer to bring two $500 postal money orders to the Municipal Services Building to satisfy the judgment for unpaid business taxes. Natal told the taxpayer to leave the payee section of the money orders blank, prosecutors said.

Later, Natal allegedly sent the taxpayer a text message about the checks, instructing the individual "to leave them blank there [sic] doing us a personal favor so u can get ur $$$ instead of city."

An FBI agent brought Natal two $500 money orders with the payee section blank in exchange for a promise to delete $10,000 in fees associated with business taxes on a Philadelphia property.

Natal allegedly deposited the $500 money orders into her bank account with the memo section reading, "Repair/Remodeling" and "Flooring."

Mixon, like McQueen, allegedly deleted and adjusted various obligations from the Taxpayer Information Payment System, from real estate taxes to trash fees and small business fees. She collected $22,300 in bribes from November 2019 through March 2020. She resigned from her position Wednesday.

"Bribes and corruption must have no place in Philadelphia’s municipal government," said U.S. Attorney William M. McSwain. "Corruption is an insidious disease that destroys the public’s confidence in its government, which is why we at the U.S. Attorney’s Office are so determined to root it out. Here, these three revenue department employees will now face the consequences of their alleged brazen and illegal acts."

All three defendants are charged with one count of federal program bribery. If convicted, they each face a maximum possible sentence of 10 years in prison.