PennDOT vehicle flips on side while salting in Berks County 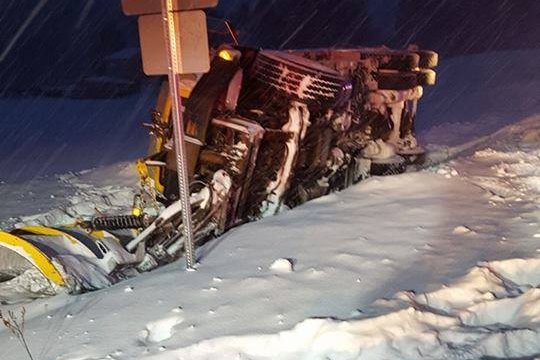 This PennDOT plow truck overturned in Berks County Saturday while salting for a large snowstorm.

The driver was treated at the scene and is expected to be back to work later Saturday, while another truck was sent out to complete the salting.

Pictures of the accident were posted on the Fire Alerts of Berks County Facebook page. The photos show the vehicle on its side next to a road sign.

The driver had poor visibility before the wreck, according to NBC, but the exact cause of the accident has not been determined.

The accident happened during a large snowstorm that began Friday night and is expected to continue throughout Saturday, causing hazardous driving conditions.

A PennDOT spokesperson said Saturday that the storm was "very challenging" to deal with.