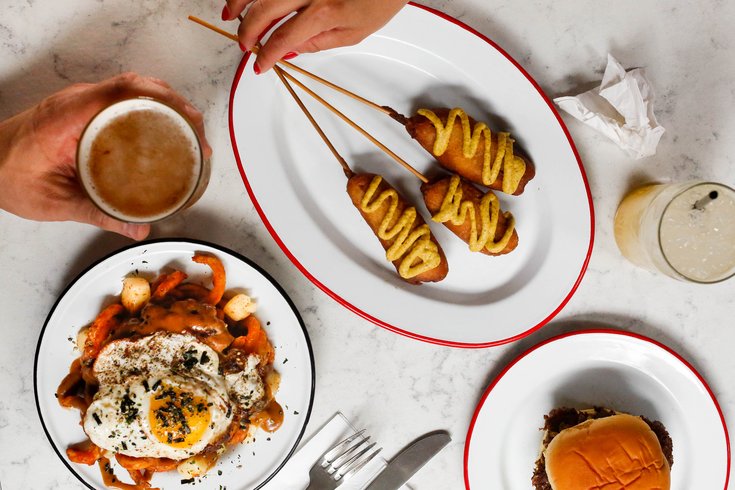 A Teri Burger, Spam-Stuffed Andagi, and Loco Moco Poutine will all be served on Saturday, Sept. 29 at The Rooster.

For The Rooster's monthly after-hours karaoke event this month, Poi Dog is serving up the mother of all late-night diner foods with a twist: Hawaiian breakfast.

On Sept. 29 from 8 p.m. to 1 a.m. The Rooster is playing host to a slew of Hawaiian breakfast diner foods from Poi Dog, a Hawaiian and poke spot on S. 21st St. — like the crowd-favorite Loco Moco Poutine, Spam-Stuffed Andagi, Mushroom Chili Plate, and more.

Poi Dog's Kiki Aranita and Chris Vacca are bringing Hawaiian-style "drive-inn" grub to the Jewish-style deli for its monthly event after a long-awaited collaboration, according to a media release.

The poutine has been a mainstay of The Rooster's karaoke nights, so Poi Dog is putting its own spin on it with curly fries, cheese curds, a burger patty smothered in brown gravy with an egg.

Here's the full menu for the event: 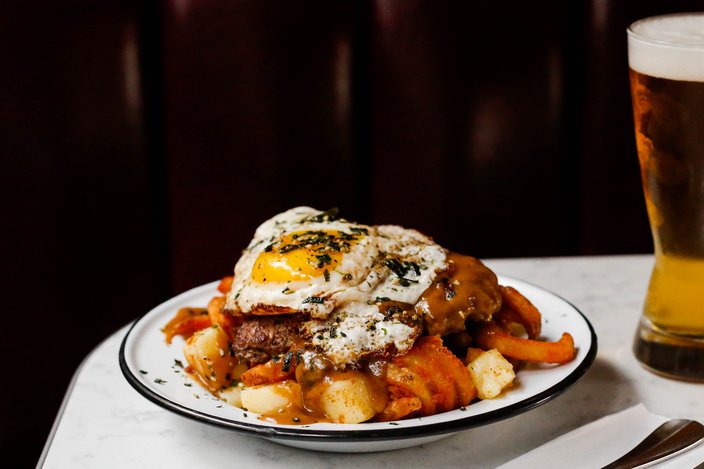 The Loco Moto Poutine, made with curly fries, cheese curds, a burger patty smothered in brown gravy with an egg.