Pointless in Portland: Player grades and analysis for Timbers 2, Union 1 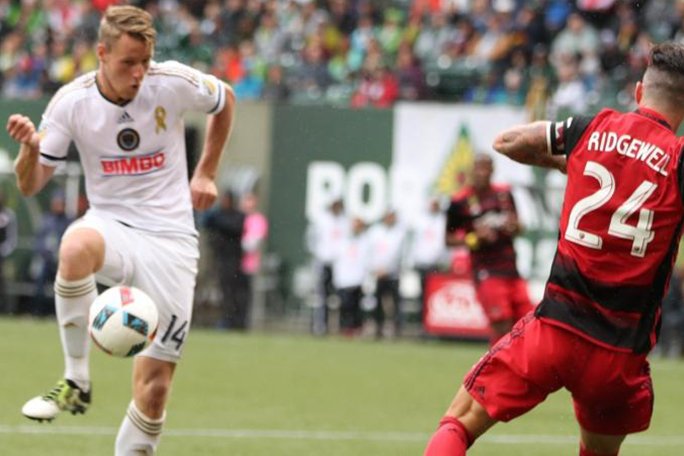 For the second time this season, the Philadelphia Union traveled to the Pacific Northwest, played well enough to win, and came home with zero points.

The 2-1 loss in Seattle was decided by a set piece breakdown and untimely red card.

The 2-1 loss in Portland was the result of defensive struggles in wide areas.

In these two games against Cascadia clubs, the Union managed 28 shots and put 11 on frame. They took 15 corner kicks, logged 19 key passes, pumped 49 crosses into the box, and split possession in both games.

All three teams made mistakes in these matches. The difference, as Jim Curtin pointed out in his post game comments, is that the Union were punished for theirs.

Keegan Rosenberry had a rough defensive performance for the first time in a long time. The rookie has really held up well throughout the season, and I think the only truly troubled outing he endured was the season opener in Dallas, where he drew a matchup with all-star winger Fabian Castillo.

Since then, he's held his own against the likes of Ignacio Piatti, Ethan Finlay, Mike Grella, and Patrick Nyarko. There are certainly occasions when he could have pinched inside a bit and helped the likes of Ken Tribbett and Josh Yaro, but that will continue to improve with experience.

If you played soccer at any level, you know that wet turf is the worst possible combination of surface and elements. Defending, especially in 1v1 situations, is absolutely aggravating in a situation like the one the Union experienced on Saturday night. Yes, both teams play in the same conditions, but Portland is certainly going to more experienced on their home surface.

That said, there are a few things to consider when defending against pace as a full back

One, there's the concept of a linear foot race. Nobody is going to beat Fabian Castillo or Darren Mattocks in a straight-up sprint.

Two, positioning can help alleviate concerns. Angles and first steps are key in cutting off speedy players. That's natural for a full back to learn, since you generally receive players while moving inside to outside.

Three, closing down these types of attackers is difficult because they are quicker to reach the ball, turn, and square.

Rosenberry's issue on Saturday was with that third concept.

This is the sequence leading to the second goal, where he commits a poor turnover that Darren Mattocks can pounce on.

You can see in the video that Rosenberry actually does a decent job of recovering. He pulls back, cuts the angle, and gets himself in proper position.

The play is really created by Mattocks' second touch and burst, which puts him into the penalty area. He steps over the ball and swings his hips, facing towards the danger area while Rosenberry is still moving.

That's really the key here, the idea that these speedy players can reach the ball, turn, and face up before a full back can close. It's less about Rosenberry's foot speed, which is actually pretty good. If Mattocks is a step slower, his back may still be turned when Rosenberry arrives, which forces him to play backward or sideways. 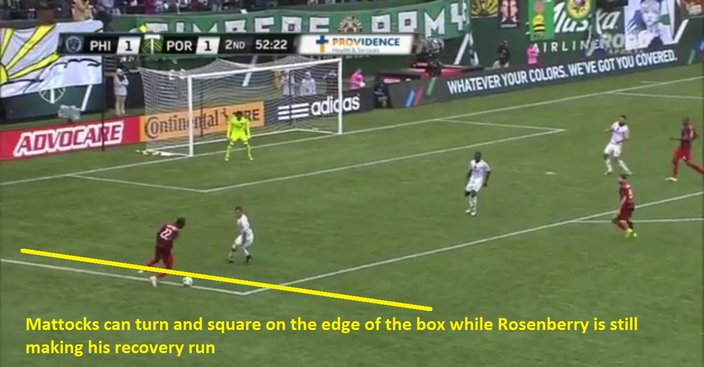 On the other side, Fabinho had a completely different matchup with Darlington Nagbe. We know Nagbe as a guy who likes to pull inside and get on the ball centrally. He's a great ball mover and should play more for the national team, but what do I know?


Anyway, Nagbe's tendency to pinch leaves space for the right full back, Alvas Powell, to push up. Throughout the afternoon, Fabinho had a lot of trouble closing the gap out wide, because Powell was content to hang back, take that space, and put in crosses. He finished the game with three key passes.

You may remember the sequence where Powell hit a first-time cross, pulling Andre Blake into no-man's land as Fanendo Adi headed wide of the post. This is what the freeze frame looks like as the play develops. You can see that Nagbe is deep, central, and rotating the ball wide. 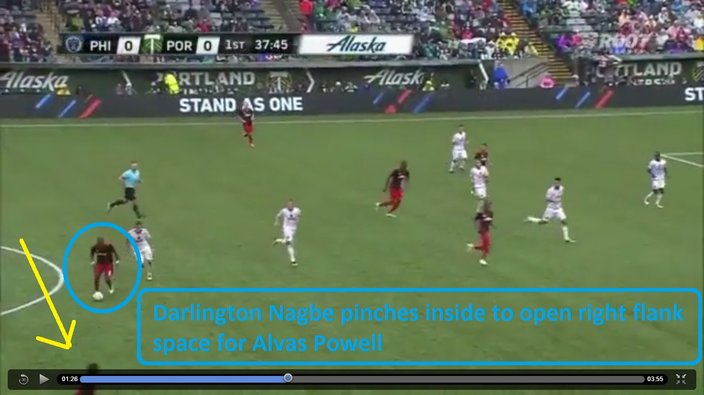 One of the issues with this play is that Chris Pontius, who is a good defensive winger, gets caught on the far side of the field after losing out on a challenge with Diego Chara. When the ball originally goes in to Adi, he lays it off for Nagbe, who just swings it to the other side for Powell to attack.


When Fabinho turns to address Powell, he has to come from further inside since he had already collapsed to react to the entry pass to Adi. Portland is really using Philadelphia's bread and butter movement here, where C.J. Sapong will hold the ball, lay off, and rotate, allowing a quick field switch and fullback release. 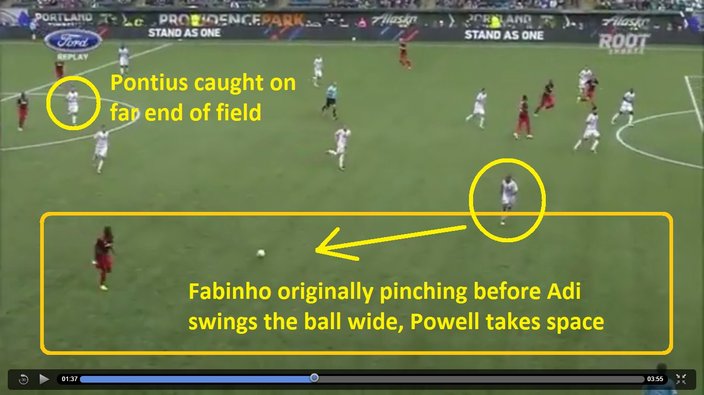 These themes were prevalent throughout the night. Nagbe's ability to narrow the shape left acres of space for Powell to run into. On the other side, Rosenberry just couldn't set his feet or reach Mattocks before the winger was able to retrieve the ball and square.

C.J. Sapong hasn't scored a goal from the run of play since May.

Here's his stat line over the past six games:

It's a bad time to be going through that kind of stretch.

In this game, Curtin tried to get Sapong going by moving him around the field a bit. He started up top as a center forward, per usual, then flipped over to the right wing about 30 minutes in. That brought Fabian Herbers forward as the number nine.

This was Sapong's best effort of the night, but I'm not entirely sure if it took place before or after that first switch. He does a really nice job here of peeling off Steven Taylor at the last minute, but clanks one off the near post after a wonderful run from Tranquillo Barnetta.

[Click here to watch the clip as it is not able to be embedded.]

Later, they tried moving Sapong to the left wing, bringing Pontius up top instead. That lasted for a little bit, then Sapong came off for Charlie Davies with 16 minutes to play.

I understand the idea of trying to move Sapong around to get him going, but I feel like the remedy isn't to pull him the wide. The remedy should be to tweak the shape, which Curtin has been hesitant to do all season long.

The reason for that is probably because there isn't a ton of depth at center forward, or at least there didn't used to be. The Union play a 4-2-3-1 to get the most out of their strong midfield, while simultaneously masking the fact that they have the weakest strikers in the eastern conference.

Now they've got Davies in the fold, and Fabian Herbers looks like he can be a decent MLS player. If ever you were going to try a 4-4-2, you've got the personnel to do it.

Here's what I would try: 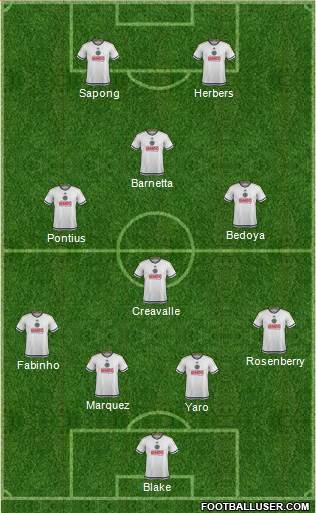 This is the same exact starting lineup inserted into a 4-4-2. You're basically just moving Herbers up, pulling Bedoya to the right, and reshaping into a diamond. Bedoya is an average number eight anyway, so I don't see the harm in trying this.

His career high is nine goals. He's been stuck on seven for six weeks now.

I still don't like him out wide, though he's doing okay in that spot.

He had an early shot attempt after pinching inside to find the ball. Later, his charging run set up the Union equalizer, so he deserves some credit for that aggressiveness and awareness.

Barnetta started to come into the game around the 30th minute. He made that great run and picked out Sapong, only to see the shot come off the post.

He finished with five key passes and did a little bit of everything, which is a typical Barnetta game. The Union just need him to hold up physically on this tough road stretch.

He pops up with a big equalizer, then has another good sniff at a second equalizer and two knock downs that could have been buried.

It's really interesting to watch Pontius, who disappears for large portions of the game yet always seems to lead the team in shot attempts. Everything he does seems to impact the game in some way, shape, or form.

He had some assertive touches early where he moved up the field and sprayed the ball around.

After that, he just seemed to fade a bit. He's still putting in good defensive efforts and logging clearances, interceptions, and tackles. The Union just need more from him in the two-way game, because right now he doesn't look like the club's record signing.

Aside from two horrendous fouls in bad areas, he played mostly smart and simple on his return to the lineup.

Not his best game.

Defensively, he had the spacing issues against Powell. Offensively, he didn't get forward like he normally does and seemed to have a lot of trouble with his footing.

He was in the wrong position on the game-winner, deciding to body up with Adi instead of putting himself between the ball and the player.

On the first goal, he's reacting to a turnover and tries to hold position inside the six. Maybe he could have taken a glance to see if he can cut off Valeri's run into the box.

There's never a dull moment with Yaro on the field.

In this one, he had a high-boot goal line clearance, a bogus red card, and a deflection off his body that put Adi through.

In between the craziness, he was mopping up loose balls and generally handling the danger fairly well.

He's just going to have to be smarter about staying on the field, whether or not the first yellow was correct or not (it wasn't.)

Bad games happen. He's still rookie of the year in my book.

A big save on Adi about 30 minutes in, Blake was pretty much his solid self.

The only iffy sequence was that Powell cross, a brilliant cross that pulled Blake off his line and almost resulted in a goal.

He had an excellent though-ball attempt for Barnetta but just wasn't involved enough.

His longest Union shift featured a real lack of action, not by any fault of his own. 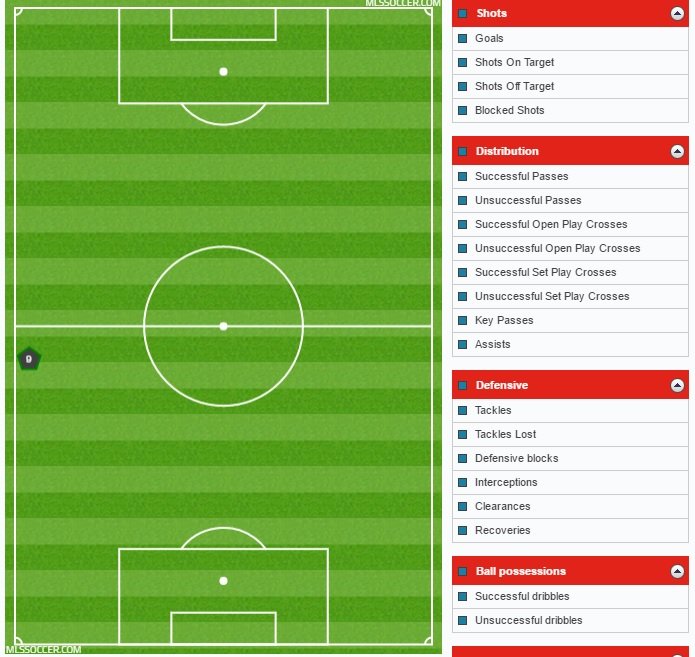 Again, for the tenth time this year, not enough time on the field to really do anything.