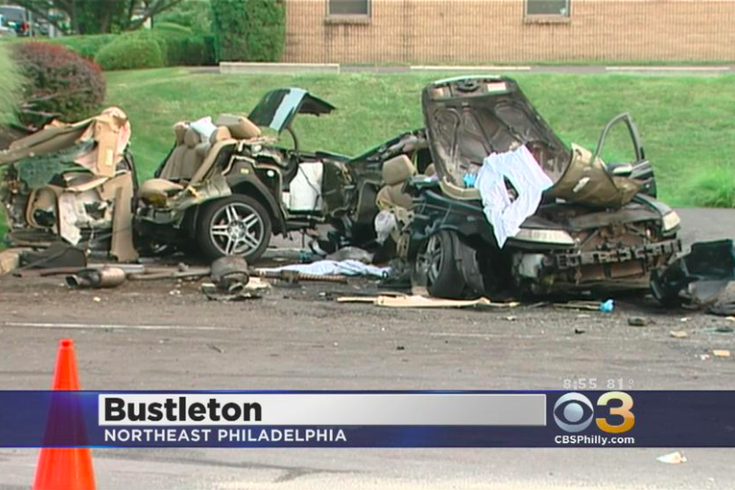 Philadelphia Police have released the identities of the three deceased victims who were inside a car that crashed in Northeast Philadelphia Wednesday night.

Sabrina Rhoads and Yvette Gonzalez, both 17 and from Philadelphia, were ejected from the vehicle and pronounced dead Wednesday night. Felipe Hernandez, 20, of Medford, New Jersey, was trapped inside the car and died at the scene.

A fourth victim, a 17-year-old male, is in critical condition at Jefferson University Hospital, where he was taken for surgery after initially being taken to Aria Torresdale Hospital, police said. The victim was found on the highway with severe head, femur and pelvic injuries. after he was found on the road.

The driver, a 20-year-old male, walked away from the crash and is cooperating with police. He was not at the scene when police arrived, but later arrived by a private vehicle to  Albert Einstein Medical Center around 4 a.m. Thursday, police said. Upon his arrival, his clothes were covered in blood. He remains hospitalized with non-life threatening injuries.

No arrest has been made. Police said the investigation is ongoing.

The crash occurred around 11:40 p.m. Wednesday on Sandmeyer Lane near Red Lion Road. Police said the car — a 2007 Acura TL — lost control on a sharp turn while traveling in excess of 75 mph. That is more than double the posted speed limit.

Surveillance video caught a second vehicle speeding close to the Acura, leading police to believe drag racing may have played a role in the crash. The second vehicle did not stop at the scene.

The Acura ripped in half after jumping a curb, going airborne and hitting a tree, police said. Emergency officials arrived to find a heap of metal and debris that no longer formed that shape of a car. Photos of the wreckage showed exposed seats, twisted metal and deflated airbags.

Police said it was unlikely the Acura's passengers were wearing seatbelts. They do not suspect alcohol or drugs were involved.

Police said Thursday that they were attempting to speak to anyone riding in the second car. The make and model of that vehicle were unclear.