Pockets of the city where vaccination rates are low could create windows for the virus to spread. Parents are urged to get their children vaccinated 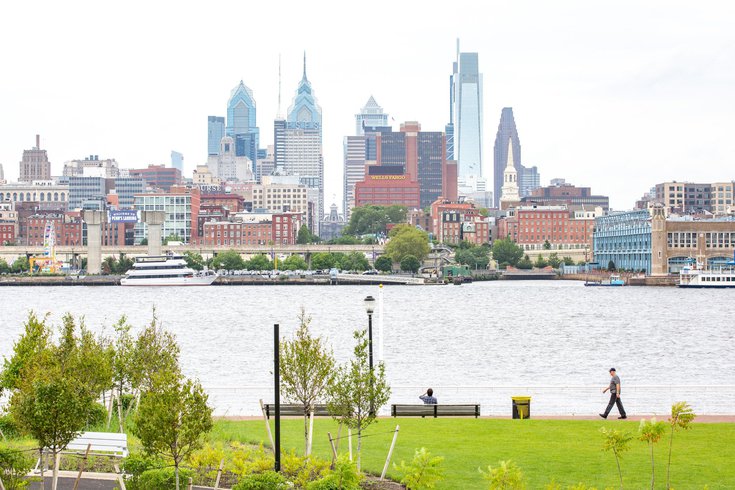 Polio outbreaks are possible in communities in Philadelphia with low vaccinations rates, Health Commissioner Dr. Cheryl Bettigole says. Parents are urged to get their children vaccinated against the virus.

The United States has had to face many threats on the health care front from viruses new and old during the past few years.

One of the older ones – poliovirus – was eradicated in the United States decades ago. But the polio case recorded in New York earlier this summer, the country's first since 2013, and the subsequent detection of the virus in wastewater samples have health officials concerned that the virus could regain a foothold.

It is possible that hundreds of New York residents – and others – have contracted polio unknowingly, health officials said. That's because most people with polio do not display symptoms, but they can transmit the virus for days or weeks. Yet, in some cases, the virus can cause paralysis, as happened to the New York resident who contracted it in July.

"One in every 2,000 people with the virus will develop paralysis, so a case of paralysis is just the tip of the iceberg," said Dr. Paul Offit, director of the Vaccine Education Center at the Children's Hospital of Philadelphia.

Health officials are concerned that communities in other states, particularly those with low vaccination rates, are vulnerable, too. And delayed childhood vaccinations, a byproduct of the COVID-19 pandemic, may leave other children susceptible.

What is the polio risk in Philly?

Most people in the U.S. have been vaccinated against polio as a part of the immunization series they received as babies. Nearly 93% of children are vaccinated before they turn 2, according to the latest data from the U.S. Centers for Disease Control and Prevention.

Because there is a high level of community immunity, it is difficult for the polio virus to spread. But that immunity is not spread evenly across the country. In communities where vaccination rates are low, outbreaks are possible.

"Philadelphia has a high vaccination rate, but there are some small pockets of the city where rates are low, which could create small windows for the virus," Health Commissioner Dr. Cheryl Bettigole said.

The situation in New York is a warning sign of what can happen in communities with low vaccination rates, Bettigole said. And because people from Philadelphia and New York interact a lot, city residents who are not fully vaccinated against polio could be at risk.

While polio is completely preventable, it is not treatable. So the treatment is prevention. – Dr. Cheryl Bettigole, Philadelphia health commissioner

Though the overall risk of polio is low for Philly residents, Bettigole urged anyone who is not vaccinated, or have children who are not immunized, to get their shots. Free, walk-in polio vaccinations are available at the city's health centers. People also can schedule appointments with their primary care providers.

Children are given four doses of the polio vaccine. They should get their initial shots at 2 months, 4 months and 6-18 months after birth. The fourth dose should be given between ages 4-6.

Parents with babies that are too young to be vaccinated are advised to limit their exposure to other people, particularly anyone who is ill or unvaccinated. Mothers who are vaccinated will transfer their own antibodies to their infants through their placentas, Offit said.

Adults who have never been vaccinated should receive three doses over the span of 6-12 months. Those who only have received one or two doses are advised to complete the series to be considered fully vaccinated.

The CDC recommends a polio booster for people who are traveling to a country where the risk of polio is greater, laboratory employees who work with the virus and health care workers who treat patients who could have polio.

Because there is no cure or specific treatment beyond supportive care for polio, vaccination remains the best prevention against serious illness, especially paralysis.

"While polio is completely preventable, it is not treatable. So the treatment is prevention," Bettigole said. "Polio is a devastating illness that is potentially lifelong. It is not anything any parent will want for their child."

Polio is very contagious. The virus, which lives in a person's throat and intestines, primarily spreads through contact with feces, like when people touch minute pieces of poop or contaminated toys and then touch their mouths. It also can be spread through respiratory droplets.

Most people infected with the polio virus never experience any symptoms, but about 25% develop flu-like symptoms including sore throat, fever, fatigue, nausea, headache and stomach pain, the CDC reports. About 1 in 200 or 1 in 2,000 people, depending on virus type, will develop paralysis, which can prove fatal.

The outbreak in New York

The outbreak in New York was not caused by naturally occurring polio. Rather, it was the result of vaccine-derived polio, the byproduct of an oral polio vaccine that has not been administered in the United States since 2000.

It's not clear where the New York patient, a 20-year-old, unvaccinated man, contracted the virus. It initially was believed that he got it while traveling overseas. Earlier this summer, vaccine-derived poliovirus was found in London's sewage system, but there were no cases of infection reported there.

Last week, New York health officials said 50 wastewater samples that tested positive for polio are genetically linked to the Rockland County case. Those samples included several taken in May and June, suggesting the man may have contracted the virus in New York – not abroad.

Seven additional positive samples have been marked as concerning because they have not been linked to the Rockland County case.

New York officials have been monitoring wastewater for polio — which is typically found in the fecal matter of an infected person — to track whether the virus is spreading. They have found it in four counties in the New York metropolitan area.

Though no other polio cases have been reported in the U.S., it is not clear whether the virus is present in the wastewater of other communities because wastewater surveillance tends to be sporadic at best.

The Philadelphia Department of Health doesn't test wastewater for polio – only COVID-19, Bettigole said. The city's wastewater surveillance is funded by the CDC. Bettigole said city officials are in talks with the federal agency to begin testing for polio, too.

In the 1940s, polio outbreaks left more than 35,000 people disabled each year in the U.S., but community spread was dramatically reduced after vaccines were introduced in the mid-1950s. By 1979, there were no longer any cases of naturally occurring polio in the U.S.

There are three forms of naturally occurring polio viruses – types 1, 2 and 3. Global vaccination campaigns have eliminated types 2 and 3. Now, only type 1 viruses remain, mostly spreading in Afghanistan and Pakistan. As of late July, there have been 13 cases of wild poliovirus that led to paralysis in those countries this year, according to STAT.

Though scientists can distinguish between wild polioviruses and those derived from vaccines, the human body cannot. Both types of viruses can cause the same type of damage.

"We need to treat this as if it were a wild virus," Dr. Walter Orenstein, a polio expert at Emory University, told STAT in late July. "And it argues all the more of our need to continue our efforts around the world to get rid of polio, so we don't have to worry about this happening."

Vaccine-derived polio cases are a byproduct of the oral polio vaccine used by many countries. The vaccine uses a live, weakened form of the poliovirus to provide immunity. It is safe to use and will not cause an infection in recipients. But the weakened virus has the potential to spread to close contacts of vaccine recipients through respiratory secretions, like coughing and sneezing, and through feces. If they are unvaccinated, they may fall ill.

If the weakened virus is able to infect enough unvaccinated hosts, it may mutate until it is strong enough to cause paralysis. Communities with poor sanitation and low vaccination rates are most at risk.

Newer oral polio vaccines have been engineered to prevent mutation, making them safer to use.

The polio vaccines used in the U.S. rely on an inactivated, dead virus to provide immunity to recipients. These vaccines are injected into the body. They provide nearly full protection against polio-induced paralysis.

Though it may seem safest to use vaccines with inactivated viruses, those with weakened, live viruses play a role. It is not possible to eradicate wild poliovirus without using vaccines that contain live, weakened viruses.

Because the weakened virus can be shed in the vaccine recipient's feces or respiratory excretions, it can circulate in the community, providing some level of immunity to unvaccinated people. A vaccine that uses an inactivated virus to provide immunity cannot do that.

But once polio has been eradicated from a continent, it is safe to switch to a vaccine that uses an inactivated virus.