The partnership is with Work to Ride, a 25-year-old polo program based in Fairmount Park 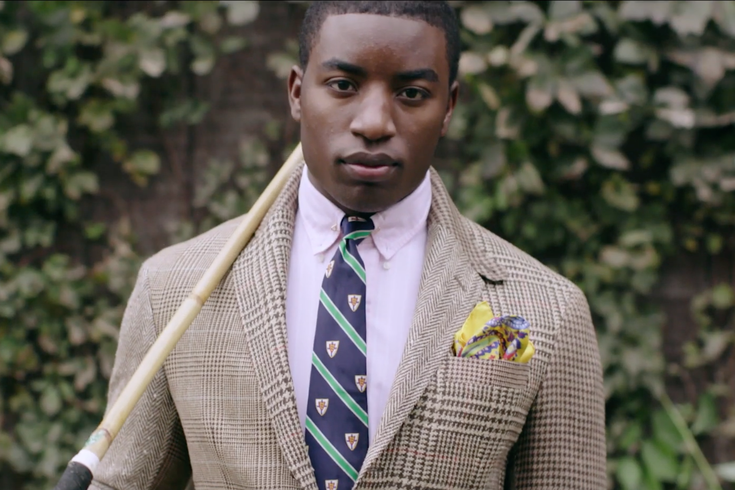 A polo player from Work to Ride, a Philly-area program at the Chamounix Equestrian Center in Fairmount Park.

Polo Ralph Lauren, not exactly the first brand name that comes to mind when you think of West Philly, launched a new ad campaign this week in collaboration with a group of young Philadelphia equestrians.

The campaign is a partnership between Polo Ralph Lauren and Work to Ride – the latter is a non-profit program that teaches Philadelphia youth to ride horses and play polo and provides after-school tutoring and summer camps.

The launch video for the campaign, shot by photographer and and director Sharif Hamza, features shots of polo action from Chamounix Equestrian Center in Fairmount Park, along with classic images of the Philly skyline and the Ben Franklin Bridge:

The Philly and South Jersey history of living alongside horses in an urban setting is no secret — just ask Gritty — but North Philly’s cowboys are more immediately known than the city’s polo culture. Yet Work to Ride has been around for 25 years, according to the program’s website, working with 7- to 19-year-olds.

According to a story last year from WHYY, students who volunteer as youth summer camp counselors receive stipends of up to $100.00 a week for their efforts, after volunteering for a few years. The program is funded through grants and tuition from camps and riding lessons.

"Work To Ride programs and activities are designed to explore new ways of engaging youth in significant educational, social and cultural experiences that are otherwise unavailable," the program's site says.

The Chamounix Equestrian Center dates back to 1973, according to Work to Ride, and was once used to house police horses used to patrol Fairmount Park and the surrounding area.

Here’s a pretty neat look at the stables:

Polo Ralph Lauren said the company, as part of the partnership, is giving Work to Ride a grant that will "directly fund collegiate scholarships for the Work to Ride high school athletes."