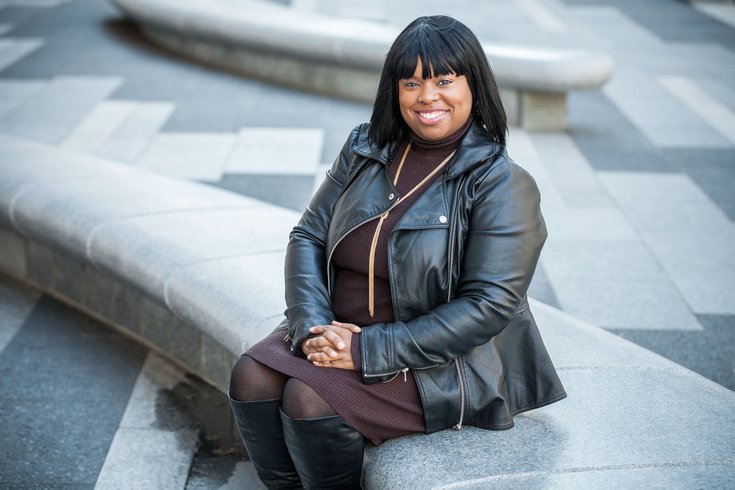 Laquanda McCoullum, founder of the newly formed nonprofit Power House Ink, meant to provide financial literacy services to artists and low-cost performance space. The organization's name, she said, stems from art's power to 'revive' her and its unlimited potential to change lives.

Growing up in North Philadelphia, Laquanda McCoullum lived and breathed the arts: she wrote and performed skits at church, starred in plays at school and choreographed dance numbers on a whim.

But as time went on and she struggled with "not fitting the mold" of the average Hollywood actress, she said, her burning passion for art dimmed to a flicker.

“Years passed and I just involved myself with other things: work, I got married and had a daughter, and I kind of let art take a back-burner role," McCoullum, 37, told PhillyVoice. "But I was still really passionate about it, and over time that passion manifested itself and I had to get back to being involved with art again."

So, she began directing plays, lending a helping hand backstage for local productions and, after talking to actors in those shows about their starving-artist lifestyles, began offering herself up as a financial advisor. Eventually, she decided to combine all of those efforts into a service organization: Power House Ink.

"Eventually, the passion just took over and I stopped feeling inadequate and said, ‘OK, I may not be able to run [an art career] because I’m married and have a daughter, but I have to do something to release this passion,'" she said. "Something that will give me that same feeling as if I am out there on that stage.

"This gives me that same feeling."

Power House Ink, recently registered as a nonprofit and consisting of five board members, will launch in March as an artist resource center at a to-be-determined location, likely in North Philadelphia. McCoullum is scouting for a 2,000-square-foot space to offer a low-cost performance and gallery venue capable of seating about 100 people. The nonprofit will sustain itself through the rented space, McCoullum explained.

"One of our goals is to help sustain the artistic community within the Philadelphia area, and we will do that by informing actors and different artists about the importance of having life insurance and how they can become businesses on their own," McCoullum, who is licensed in life and health insurance advising, said.

She called the lack of financial literacy among many artists a "societal dilemma," one that universities alone can't be expected to fix.

Miriam DeChant, director of legal services at the Arts + Business Council of Greater Philadelphia, has locally served about 200 artists per year with tax- and business-related legal advice as part of Philadelphia Volunteer Lawyers for the Arts. DeChant told PhillyVoice there has been an increase in the outcry for legal and financial assistance in the past 10 years as the budgets of aid programs get slashed and artists operate with especially light wallets.

According to a 2015 report from the Philadelphia Cultural Alliance, cultural nonprofits in Philadelphia are increasingly spread thin, as government funding of cultural groups in Philadelphia decreased by 37 percent from 2009-12, corporate funding fell by about 23 percent and individual donations decreased by around 13 percent. Foundation funding saw a modest increase of about 6 percent in that same period.

"The need for better initiative and planning only increases as regulation and reporting requirements on all levels of business increase," DeChant told PhillyVoice. "The more reliable resources that are available to creative thinkers in our region, the better off we'll all be for their willingness to take risks and endure personal hardships to push us forward."

The ultimate point being this: Every little bit helps.

McCoullum, who added that she hopes to foster community as much as bolster financial stability among artists, continues to seek more partners "who care about sustaining the artistic community in Philadelphia." She also hopes to raise an estimated $20,000 in funding for the nonprofit's resource center leading up to the organization's March rollout.