By Daniel Craig
PhillyVoice Staff
Weather Climate Change
Read More
It might be time to stock up on flashlights and board games. According to a study from Johns Hopkins University, Philly is second on a list of cities that could experience more power outages in the future, with New York City topping the list.

The list is based off a computer model created by Johns Hopkins engineers that predicts the vulnerability of power grids in major coastal cities due to increased hurricane activity caused by climate change. While the study predicts that southeastern cities like Orlando and Miami, which are usually in the eye of the storm, will not see huge changes, those of us in the northeast  might have it worst:

...cities like New York City and Philadelphia as well as some more inland urban areas would likely be increasingly susceptible to more frequent and intense storm activity, the team found... More people would lose power more often, and the worst storms would be substantially worse. 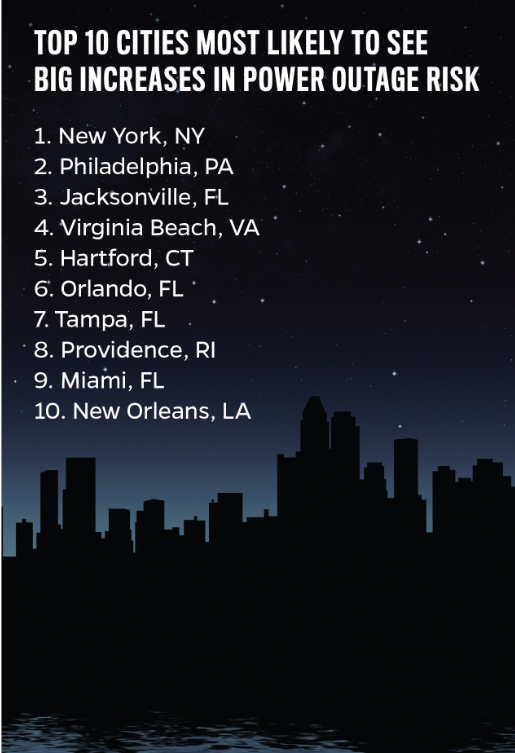 Seth Guikema, an associate professor in the university’s Department of Geography and Environmental Engineering, believes the study should urge both infrastructure providers and emergency managers to take climate change in to account in preparing for potential storms. Guikema also notes the difference between how southeastern and northeastern cities should digest this research: