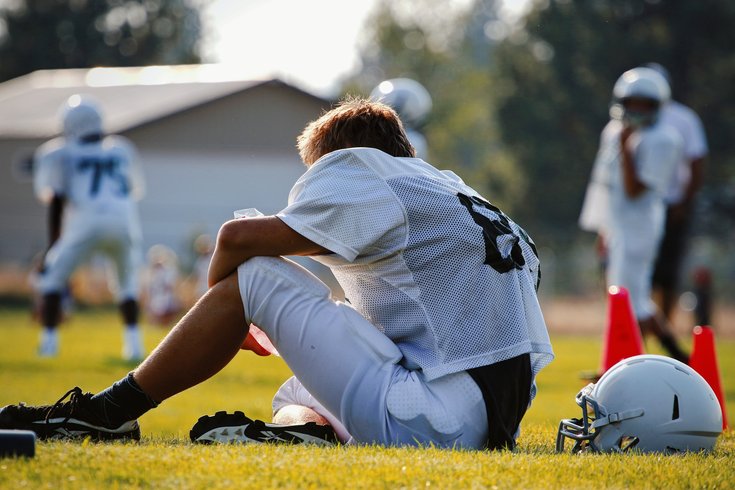 With the end of summer and the beginning of a new academic year, tens of thousands of students will be taking to the athletic fields and gymnasiums. An estimated 55% of high school students, or nearly eight million students, will participate in a competitive sport. Almost 500,000 students will do so at the college level. The sudden death of a student athlete is tragic and fraught with intense emotion only heightened by the media attention it generates.

Each year more than 350,000 individuals die as a result of sudden cardiac death, and although it is often thought of a problem with older adults, it is the most common cause of death in the student-athlete. Although it is difficult to get a precise number of sudden cardiac deaths, it is estimated that one competitive athlete dies suddenly every three days. Most of these victims are male with more than half being black athletes. More than two-thirds participate in either basketball or football, and the average age of death is 17.5 years.

Whether students participating in sports should have a heart screening prior to playing has been a topic of debate for years. To this end, a better understanding of the specific causes of death is necessary. More often the cause of death is attributable to hereditary and congenital diseases of the heart. Worldwide, cardiomyopathy, a group of disorders that affect the heart muscle, is the most frequent cause. Other less frequent causes include valvular diseases of the heart and congenital anomalies of the coronary blood vessels and electrical circuitry of the heart.

Due to the congenital nature of these diseases, the cause of deaths varies by country, making generalized recommendations across nations challenging. Recent studies have shown that autopsy negative unexplained death is becoming more common, thus making pre-participation screening more challenging. Most disconcerting is that the majority of deaths occur in individuals without antecedent symptoms and with unremarkable cardiovascular examination.

In the United States, mandatory screening programs have not been part of the standard approach to sudden cardiac death in the student-athlete despite findings in Europe that it can reduce deaths. In an Italian study, pre-participating mandatory screening that included a history, physical examination and 12-lead electrocardiographic (ECG) demonstrated a 90% reduction in mortality compared with no screening. This reduction was attributed to the incorporation of the ECG.

Despite this finding, controversy remains for incorporation of the ECG into pre-participating screening. No prospective study has been performed in the United States to refute or support the Italian study. An Israel study published in 2011 could not reproduce these findings. Despite this, Israel and Italy are the only two countries that require a pre-participation ECG.

The American Heart Association presently does not support the routine ECG. The AHA does, however, recommend a pre-participation screening that includes a 14-point screening protocol encompassing symptoms, family history and physical examination. The checklist includes questions regarding heart-related symptoms such as chest discomfort, shortness of breath and fainting. It includes a physical examination encompassing blood pressure measurement and listening for heart murmurs. Finally, a good family history is necessary to assess for any history of sudden cardiac or premature death, family history of a disability from heart disease or known family history of a cardiac abnormality such as a cardiomyopathy. It does not mandate an ECG.

The primary arguments against ECG screening include concerns regarding false-positive results and cost-effectiveness. In addition, there are the psychological implications for athletes and their families. In a study performed in the United Kingdom, a third of student-athletes had false-positive ECGs, prompting further evaluation. On the other hand, it is estimated that one in 10 individuals with a cardiomyopathy may have a perfectly normal ECG and be missed in any screening.

It is estimated that the price to screen almost 10 million student-athletes in the U.S. would cost over $2 billion in the first year, which is believed not to be cost-effective given the high rate of false-positive and false-negative studies. Lastly, despite the fact that there are over 35,000 practicing cardiologists, few are trained to specifically address the ethnically diverse student-athlete group whose “abnormal ECG” may be a perfectly normal variant.

Although the role of routine cardiac screening remains controversial, selective screening in athletes of increased risk may be a prudent. These would include individuals with a family history of premature sudden cardiac death and those who have experienced symptoms during exercise such as fainting, chest pain or inordinate shortness of breath.

The Heart Rhythm Society has claimed October to be National Sudden Cardiac Arrest Awareness Month. With this in mind, it is important not only to recognize the relevance of screening young athletes, but also how to recognize and treat the athlete with sudden cardiac death. In the event of cardiac arrest, survival improves by prompt recognition, the presence of trained individuals to initiate cardiopulmonary resuscitation and early access to an automated external defibrillator. As spectators we should all take the time to learn CPR and know where the defibrillator is kept.