Will an aspirin a day keep a heart attack away?

Yes and no, but only your medical history can decide for you 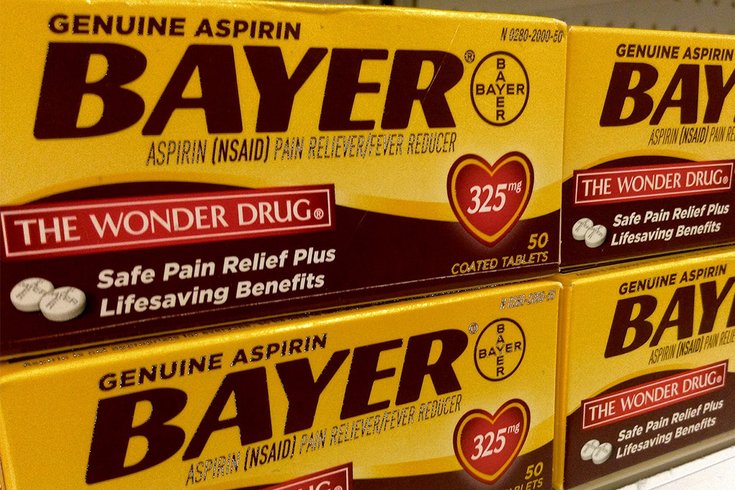 The use of aspirin dates back more than a century. Known by its chemical name acetylsalicylic acid, it was first synthesized in 1899 as a replacement for the naturally occurring salicylic acid, which came from willow bark extract long known for its effect on reducing fever, pain and inflammation.

Given the name Aspirin by the manufacturing firm Bayer, its popularity and use spread worldwide. The first recognition of aspirin in preventing blood clotting came from the observations of Lawrence Craven in 1950. A family practitioner who performed tonsillectomies, he noted an increased incidence of bleeding in individuals who chewed aspirin gum for pain relief. He believed that individuals who regularly took aspirin would not experience heart attacks and in a personal experiment of more than 8,000 patients demonstrated the absence of clotting.

His work, however, went unnoticed until further studies in the 1960s and '70s tested the hypothesis that aspirin could prevent cardiovascular events (strokes and heart attacks). In 1989 the Physician Health Study confirmed the benefits of aspirin in preventing heart attacks but it did not reduce the risk of cardiac death. These benefits were confined to men older than 50 and were associated with an increased risk of bleeding. Following this study, aspirin regained its position over acetaminophen as the top-selling analgesic and was widely used as a preventive drug for heart attacks.

In 2014, after examining data from numerous major aspirin studies, the FDA concluded there was not enough evidence to support the use of aspirin to prevent a heart attack in individuals who have not had a heart attack, stroke or cardiovascular disease. Treating patients who do not have cardiac disease in this manner is called “primary prevention.” Despite this, the use of aspirin has remained commonplace for primary prevention in men over the age of 55 and women over the age of 65 for many decades.

This past month, three studies further addressing the use of aspirin in primary prevention were published in the New England Journal of Medicine.

In the first of these studies, among healthy elderly persons, aspirin did not extend disability-free survival described as death, dementia or physical disability but was associated with a higher risk of bleeding in persons older than 70 years. A second report of low dose aspirin in persons older than 70 years resulted in a higher risk of hemorrhage with no lower risk of cardiovascular events. In a third report, all-cause mortality was noted to be higher in the elderly population attributed to cancer-related deaths, results which were noted to be unexpected. The researchers urged caution in the interpretation of this data.

Thus, it appears there is now conclusive evidence that in otherwise healthy individuals an aspirin a day will not prevent a heart attack. But it is important not to confuse these studies with the use of aspirin in secondary prevention. For those individuals with a history of heart or vascular disease, including a history of a heart attack, stroke, bypass surgery or stents, aspirin is beneficial. Most patients with heart stents, for example, should never stop their low-dose aspirin. A few years ago, we published a series of patients who suffered heart attacks due to clotting of their stents when they stopped their aspirin up to seven years after their stent procedure.

Following the news reports of these recent negative trials, we received numerous phone calls from patients with heart stents who mistakenly thought they should come off their aspirin. As with all medications, you should always talk with your doctor before starting or stopping aspirin.

Will an aspirin a day keep a heart attack away? Yes and no.

No, if you are otherwise healthy, but yes if you have cardiovascular disease.