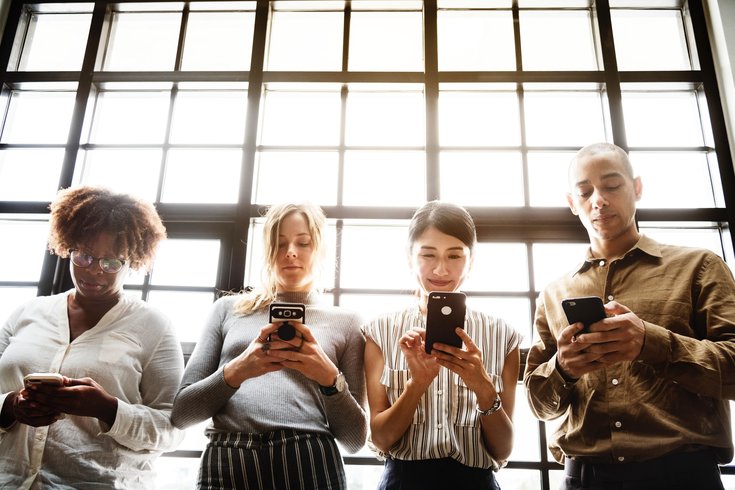 Researchers at the King's London College found that one in four kids and young adults under the age of the 25 have problematic smartphone usage, or smartphone addiction.

It's no secret that smartphone usage has made our lives easier in many ways, but these devices also are increasingly becoming a problem for children and young adults, a new study says.

About 23% of people ages 25 and under have problematic smartphone usage – an over-reliance on their phone, according to a study published in the journal BMC Psychiatry.

People with problematic smartphone usage also had significantly increased odds of having depression, anxiety and poorer sleep quality, according to the study.

Researchers at King's College London based their findings on a meta analysis of 41 studies, examining data from 41,871 participants.

Though people who have problematic smartphone usage show similar emotional and behavioral patterns as people with addictions, researchers stopped short of labeling it as such, according to The Guardian. More studies are needed to determine whether smartphones simply deliver addictive content or whether they are addictive themselves.

They found teenagers aged 17 to 19 were the most likely to have a dysfunctional relationship with their smartphone. Among that age group, females were more likely to experience the issue than males.

Researchers also found other types of behavioral addictions associated with the problematic smartphone use, including internet addiction, Facebook addiction, compulsive buying, cigarette smoking and alcohol use.

There is no diagnostic criteria for problematic smartphone use, as it was not added to the American Psychiatric Association's latest diagnostic manual, released in 2013.

According to researchers, people with the condition exhibit some dysfunctional use of their smartphones, including anxiety when the phone is not available, or being neglectful of activities that do not include the smartphone.