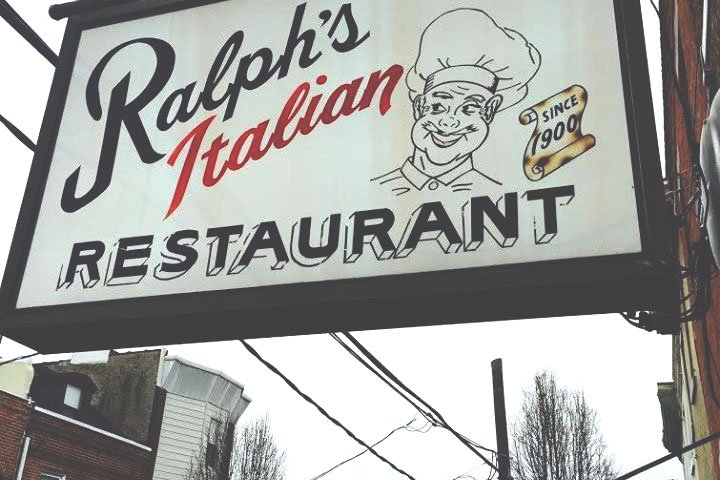 With the closure of San Francisco’s Fiore D’Italia in 2012, Ralph’s owners assumed the title of oldest Italian restaurant in the United States.

It’s a big week on South 9th Street. This weekend’s Italian Market Festival is extra special because of the shopping district’s Cent’anni (100-year anniversary). But before the street shuts down for the celebration, Ralph’s Italian Restaurant at 760 S. 9th St. will host its own party Thursday evening to mark its impressive 115 years in business.

Rather than sticking with veal parm and other standbys at the heart of the red sauce joint’s success, Ralph’s owners are turning the menu over to chef Marc Vetri and his team for one night.

“We’re the oldest Italian restaurant in the country and, in my opinion, Vetri is the best Italian chef in the country, so I thought it would be a cool partnership,” said Ryan Rubino, 28, whose great-great grandparents Francesco and Catherine Dispigno founded Ralph’s, named after their son, at 901 Montrose St. in 1900.

The Dispignos moved the restaurant to its current location in 1915. For years they used the third floor, which now serves as a dining room, as a boarding house for Italian immigrants who worked as cooks and waiters. The family kept the business afloat through difficult years during the Depression and Prohibition, and their descendants have run the restaurant ever since.

With the closure of San Francisco’s Fiore D’Italia in 2012, Ralph’s owners assumed the title of oldest Italian restaurant in the United States (Rubino concedes that recordkeeping was not wholly reliable at the turn of the century, but he says his family is confident in staking its claim).

Like many of his relatives, Rubino began working at Ralph’s at a very young age.

Now he’s taking over the reins from his father, Jimmy Rubino, 52.

“My dad ran the restaurant for the past 30 years, and we’re slowly transitioning over to me. He doesn’t have to work nights anymore, which is nice,” said Rubino, who also oversees the Ralph’s outpost in King of Prussia.

Other family members are still involved in the day-to-day operations of the South Philly institution, including Rubino's great-uncle Ralph, 87; his uncle Eddie Rubino, 56; and his sister Gabrielle Rubino, 25. Though Rubino grew up outside the city, his grandmother Elaine Dodaro, 76, still lives right next door to the restaurant.

The Rubinos take pride in their traditional Italian American food based on recipes handed down over generations. It’s the consistency and nostalgia that keep their longtime customers — and their customers’ children and grandchildren — coming back. Tourists also make up a big portion of their diners, as do 20-somethings who live in Center City.

You won’t see any drastic changes at Ralph’s anytime soon — the Rubinos recognize that familiarity is crucial to the restaurant’s longevity.

“We’re typically in our own old-school world,” Rubino said.

But over the last five years or so, he’s pushed for more modern marketing efforts.

“Previously, everything was word-of-mouth. Now, we do Open Table, we’ve done Groupon, we’ve done Living Social, we have a PR firm,” he said.

For the restaurant’s centennial in 2000, the Rubinos brought in a Theodore Roosevelt impersonator, because TR was one of the countless politicians and celebrities who dined there over the years.

This time around, Rubino wanted to do something radically different.

“I went to Vetri for an anniversary of mine, and chef Adam Leonti (now headed to Brooklyn) came out and introduced himself and invited us to participate in an industry night,” he said.

“I knew our anniversary was coming up, and I had the idea to let them redo our recipes,” he said. “At first, my dad and my grandma were like, ‘What do you mean they’re going to redo the recipes?' They didn’t get it exactly. But we did the industry night, and we met Marc, we met Brad [Spence, a Vetri Family partner], and they’re just the coolest guys ever. And my dad was like, 'You know what? They’re awesome; let’s do this.'”

The Rubinos met with the Vetri team a few times, and together they came up with a menu that features Ralph’s classics with a Vetri spin, such as a pork chop parm inspired by the popular veal parm and “Sal’s meatballs” (Marc’s father’s recipe).

“We did a taste test with them and my mind exploded. It’s going to be incredible,” Rubino said.

Proceeds from the dinner go to the Vetri Foundation for Children. See the full menu here.

But don’t expect the Vetri dishes to stick around. Come Friday night’s dinner, the Ralph’s menu will return to those standards that have helped to keep it in business for more than a century.

When asked what he believes is the key to his family’s success, Rubino didn't mince words.

“Each generation needs to be crazier than the one before it to keep doing this,” he said. “It’s a lot of pressure to keep this thing going.”

But he emphasized that ultimately it’s love that keeps the restaurant going strong.