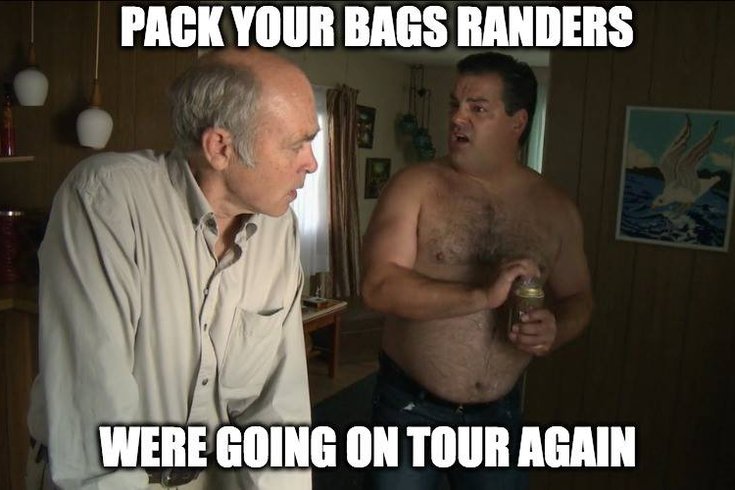 Mr. Lahey and Randy from "Trailer Park Boys" are coming to Underground Arts for a live show in February.

The cult comedy "Trailer Park Boys" made its triumphant and raunchy return last year with two brand new seasons on Netflix after the Canadian series gained popularity on the streaming service in the United States.

(Disclaimer: All links to videos in this article feature extremely explicit language)

If that wasn't enough for fans, two of the more outrageous characters will be going on tour across the country with a series of live shows next year, including a stop in Philly.

Jim Lahey and Randy, portrayed by actors John Dunsworth and Patrick Roach, respectively, will be coming to Underground Arts, located at 1200 Callowhill St., on Feb. 4 to kick off a tour that will travel across the East Coast.

Friggin Lahey promised me a romantic vacation, but then he spent all our money on liquor and sexy costumes. Looks like we have to do another greasy cheeseburger liquor tour. A man's gotta eat and I'm pretty sure Lahey can't stop drinking.

The two characters have gone on tour before, with segments of their show varying from silly and profane raps to old folk songs, all highlighting their complicated relationship, Randy's perennial shirtlessness and Lahey's love of booze.

Tickets are already on sale for $20 a pop and can be purchased here.