The U.S. government will pay $231.8 million to boost production of a test that experts have long viewed as a powerful tool 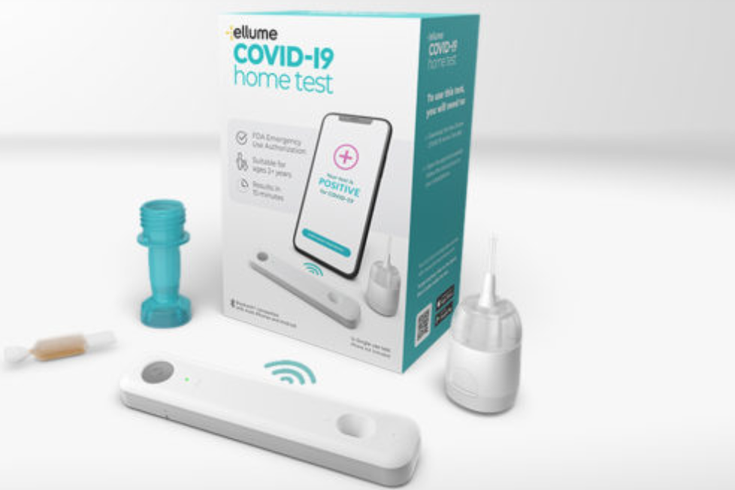 The Australian company Ellume is receiving federal funding to build a U.S. production facility for its rapid, at-home COVID-19 test, which does not require a prescription.

The federal government is purchasing 8.5 million rapid, at-home coronavirus tests as part of an effort to give Americans a quick, inexpensive testing option — a strategy aimed at driving down asymptomatic transmission rates.

Ellume, the Australian company behind the tests, will receive $231.8 million to boost its production capacity, including the construction of a U.S. manufacturing factory. Its test was the first rapid, at-home kit that does not require a prescription to be authorized by the U.S. Food and Drug Administration.

Increasing the availability of such tests has long been considered a valuable way to slow the spread of COVID-19. The new funding represents a step toward providing Americans widespread access to them.

"Almost all the infections happen from people who don't know that they're positive, and so what you need is a widespread testing program that helps people identify when they are infectious so they can stop infecting other people,"  Dr. Ashish Jha, a dean at the School of Public Health at Brown University, told CNN last week. "We never really quite built that out."

Though rapid, at-home tests are not as accurate as PCR tests, their speed would allow Americans to regularly screen themselves for COVID-19, an advantage that, in theory, could quickly bring the pandemic to a halt.

"If we get people socialized to using these tests, we don't have to find ourselves in this position again," Harvard epidemiologist Michael Mina told New York Magazine last month.

The Ellume tests already are being mass-produced for U.S. distribution, but their availability will remain limited until the production facility is completed in the second half of the year.

"Ellume has been ramping up manufacturing and will ship 100,000 test kits per month to the U.S. from February through July," Andy Slavitt, the White House's COVID-19 senior advisor, said Monday.

"That's good but it's obviously not where we'll need to be," he added.

The funding aims to increase Ellume's production to 640,000 tests per day — more than 19 million per month, according to the U.S. Department of Defense, which awarded the funding along with the Department of Health and Human Services.

The Biden administration will receive 8.5 million tests by the end of year, but it has not said how it will allocate them, the Washington Post reported. The rest of the tests will be distributed across the U.S., with some eventually sold in retail stores.

Ellume's rapid antigen tests are administered via nasal swab and only take about 15 minutes to determine a positive or negative result. The tests have a 96% overall accuracy rating, based on data from clinical trials. The results are sent to the patient through an app.

Unlike other at-home tests authorized by the FDA, Ellume's test does not require a prescription, making them available to people without symptoms. Once they are made widely available, they could become a significant tool toward cutting asymptomatic transmission — particularly if they are inexpensive.

The tests currently cost $30 each, much less than other at-home tests, which run from $100 to $200 and still require a sample be sent to a lab. Ellume CEO Sean Parsons told the Washington Post that increased production may help bring down the test's price even further.