Too much screen time is tied to a lack of sleep, obesity and poor academic performance 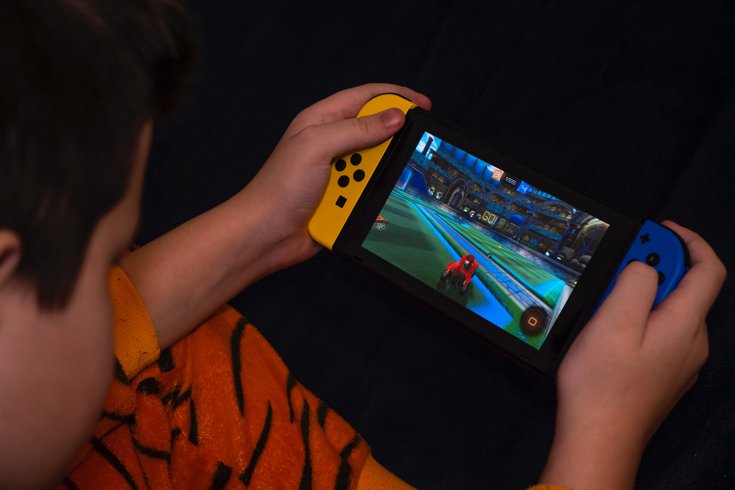 For children ages 6 and older, the American Academy of Pediatrics recommends that parents limit activities that include screen time, turn off electronic devices during family meals and not allow devices in the bedroom an hour before bedtime.

The frequent use of online gaming, social networks and messaging apps may be harming children's development because they take the place of other beneficial activities.

Children who spend multiple hours a day on electronic devices are more likely to have sleep issues, struggle in school and be more sedentary and overweight, research shows. They also are more likely to self-report having poor quality of life and mental health issues.

With that in mind, researchers at Penn State University are working to identify the types of young children who grow up to frequently use online technologies.

"Understanding which children are more vulnerable to frequent online technology use is important yet has been understudied in the past," said Paul L. Morgan, director of Penn State's Center for Educational Disparities Research.

"Many studies are reporting negative associations between frequent use of online technologies and older children's development, suggesting such use may be displacing important activities such as parent-child interactions, book reading, physical activity and regular sleep."

Morgan and his team have found that children's behaviors in kindergarten appear tied to their online habits in fifth grade. Children who act out in kindergarten are more likely to be heavy users of online technologies by the end of fifth grade, their study found.

But children whose parents emphasize the importance of literacy activities early and who set limits on watching TV were less likely to be heavy users of online technologies later, Morgan said.

A 2014 study also found that children slept better, got better grades and had a decreased body mass index if their parents monitored their screen times.

The American Academy of Pediatrics recommends that preschool-age children have no more than one hour of screen time a day. For children 6 and older, parents are advised to limit activities that include screen time, turn off electronic devices during family meals and not allow devices in the bedroom an hour before bedtime.

The Penn State study, published in the journal Child Development, analyzed data on 10,460 U.S. school children over a six-year period. The children were asked how often they used cellphones, computers, apps, iPads, tablets or other electronic devices to send messages, play online games or use social networking sites.

In addition to the connection between kindergarten behavior and later usage, researchers found children from low-income families were more likely to be heavy online users as they grew older. They also found Black children were 65 to 75% more likely to become frequent users than white children.

"These patterns emerged early," Morgan said. "Our analyses can help identify families that might especially benefit from targeted educational and public health campaigns about the negative associations between frequent use of online technologies and children's healthy development."

Morgan emphasized that the study has limitations including the fact that it didn't determine a causal relationship between behavior in kindergarten and later online use. He said further studies are needed to better understand the association.

The data was collected prior to the COVID-19 pandemic so the impacts of social distancing and lockdowns on electronic use were not documented. But researchers suspect usage has likely increased.