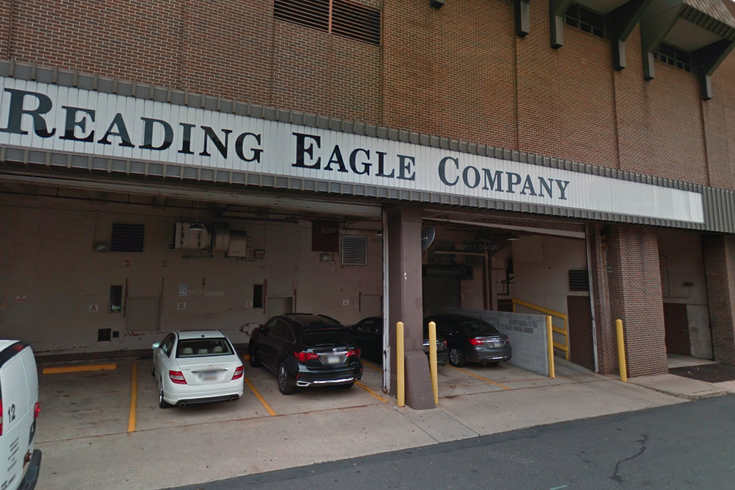 The Reading Eagle announced on Thursday it has filed for bankruptcy.

MediaNews Group, the company that last month purchased The Reading Eagle Co., plans to cut more than a third of the newspaper publisher's staff when the sale is complete.

When the $5 million purchase is official June 30, MediaNews Group is expected to cut 81 of the Eagle's nearly 240 jobs, according to WFMZ. Pennsylvania's Department of Labor & Industry updated a WARN notice on its website confirming the official number of layoffs.

According to Lancaster Online, MediaNews Group said employees who get laid off won't receive severance pay.

The family-owned Reading Eagle Co., which also owns WEEU 830 AM, weekly newspaper South Schuylkill News, and the events-based multimedia company Pretzel City Productions, filed for Chapter 11 bankruptcy protection back in late March, more than 150 years after it was founded.

Reading Eagle editor Garry Lenton wrote a goodbye column on Monday, in which he discussed his impending departure and the future of the newspaper:

"I will be leaving the Eagle at the end of the month to pursue other interests. A new company will be taking over soon, one that will ensure that this news company continues to serve this county.

"Things will change because they have to, but the commitment to journalism by this staff will remain. You, our readers, have kept all of us going for more than 150 years, and I know many of you will continue to do so."

MediaNews Group has received criticism in the past for gutting local newspapers and slashing jobs in cost-cutting measures. Denver Post editor Greg Moore once called Alden Global Capital – the hedge fund which owns Digital First Media, the name under which MediaNews Group operates its new businesses locally in Delaware, Chester and Montgomery counties – "one of the most ruthless of the corporate strip-miners seemingly intent on destroying local journalism."

MediaNews Group is based in Colorado and owns newspapers around the United States. Among those it publishes in the Philadelphia area are the Delaware County Times, Lansdale Reporter, Pottstown Mercury, West Chester Daily Local News, Norristown Times Herald and Main Line Times.

The Reading Eagle's big changes are part of a busy year for Philly-area small media. Local news site Billy Penn was bought by WHYY, Metro Philly gutted its editorial staff, and sustainability magazine Grid announced it can no longer sustain itself on advertising funds.