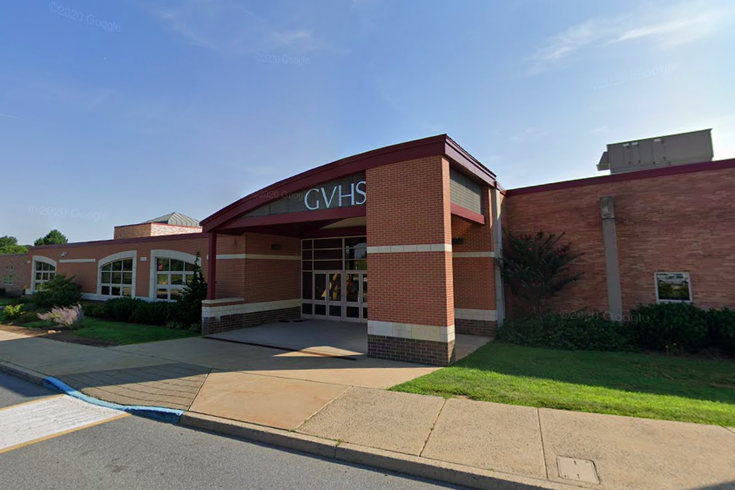 The Garnet Valley School District has changed its dress code policy to permit students to wear clothing with Satanic or cultic references following a lobbying effort by Satanic Delco, a group of Satanists in Delaware County. The picture above is of Garnet Valley High School.

A group of Satanists successfully lobbied the Garnet Valley School District to alter its dress code policy, which prohibited students from wearing clothing with Satanic or cultic references.

The Delaware County district eliminated the rule at the beginning of the school year after a months-long campaign spearheaded by Satanic Delco, a congregation and charity organization led by Ridley native Joseph Rose.

"Students are now free to express their Satanism on equal footing, alongside their fellow students of every other religion," the organization wrote in an Instagram post. "Thank you to those at the school district who eventually made the right choice."

The school district did not immediately respond to a request for comment.

Rose, who founded Satanic Delco in 2020, said a member of the group – who is also a parent of a Garnet Valley student – noticed the policy and pointed it out on social media last year. That's when he started making calls.

This is not the first time the group's efforts have forced a policy change in Delaware County. Last year, Rose led a successful campaign to eliminate a similar dress code rule in the Rose Tree Media School District.

"At the time, Garnet Valley didn't want to change the policy because they feared the backlash and bad press they would receive for caving to a group of Satanists," the Instagram post says.

Many Delco residents have expressed shock and outrage on social media at his organization's efforts, Rose said. But the group has its supporters, too.

"Over time, I do see there are more people who start to understand," he told PhillyVoice.

Satanic Delco doesn't actually worship the devil. In fact, they don't even believe Satan exists. And it's not affiliated with any other Satanic organization.

"We believe that religion can, and should, be divorced from superstition," the group's website says. "We do not promote a belief in a personal Satan. To embrace the name Satan is to embrace rational inquiry removed from supernaturalism and archaic tradition-based superstitions."

At the moment, Rose is not aware of any other policies preventing Satanist students from practicing their religion in Delco's schools. That's why he's now mostly focused on Satanic Delco's charity efforts, he said.

Rose said these efforts set his organization apart from the Satanic Temple, a national group focused primarily on advocating for freedom of speech and religion through legal efforts.

In the past, Satanic Delco has collected money for the Domestic Abuse Project of Delaware County, the American Foundation for Suicide Prevention and the Rags 2 Riches Animal Shelter – a no-kill organization in Aston. Now, the congregation is supporting the Share Food Program, a nonprofit fighting food insecurity across the Philadelphia region.

He said he first got into Satanism as a high schooler in the 1990s when he stumbled across a copy of Anton LaVey's Satanic Bible in a bookstore.

"I was that outsider kid for sure. Long hair, heavy metal," Rose said. "Without knowing what it was, I said, 'I definitely need this.'"

The text is the backbone of the Church of Satan, the first major modern Satanic group, which LaVey created in 1966. It's a nontheistic, humanist ideology based largely on the writings of philosophers like Friedrich Nietzsche and Ayn Rand.

But as Rose got older, he said he was able to "poke a few holes" in the book and lost interest in Satanism for a time.

He got into it again in 2013 when the Satanic Temple was founded. That organization is less focused on occult rituals and LaVey's writing and more oriented toward promoting scientific thinking and freedom of speech and religion.

Rose said Satanic Delco's ideology lies somewhere between those of the Church of Satan and the Satanic Temple.