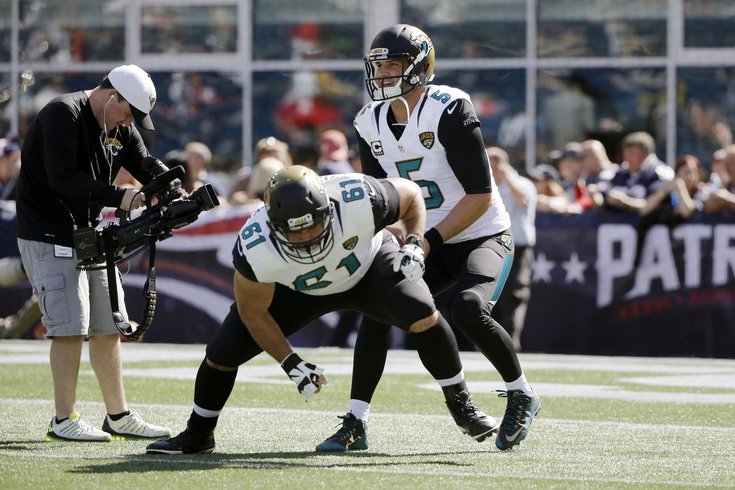 According to Mike Garafolo of FOX Sports, the Philadelphia Eagles are expected to sign former Raiders and Jaguars offensive lineman Stefen Wisniewski.

Eagles expected to sign OL Stefen Wisniewski this morning, source says. Heads to Philly as guard after one year with the Jaguars as center.

Garafolo is reporting that it is a one-year deal.

The Eagles added RG Brandon Brooks earlier in free agency, but can use more depth across the board along their offensive line. Wisniewski gives the Eagles a guy who can compete for the starting LG spot, as well as provide depth for Jason Kelce at center. With David Molk having retired this offseason, the Eagles will need to have a backup center in place. At a minimum, Wisniewski will provide that, and would be an upgrade over the Eagles' 2015 LG, Allen Barbre, if the Eagles failed to find an immediate starter at guard in the draft.

With plenty of offseason remaining to add more offensive line help, the Eagles starting OL currently projects like this:

Wisniewski does have 77 career starts under his belt, initially at LG before being moved to center. He just turned 27 in March, and has mostly played at center, which is by far the least strenuous spot along the offensive line. Therefore, he should have a plenty of years left in the tank.

Update: The Eagles officially announced it's a done deal.