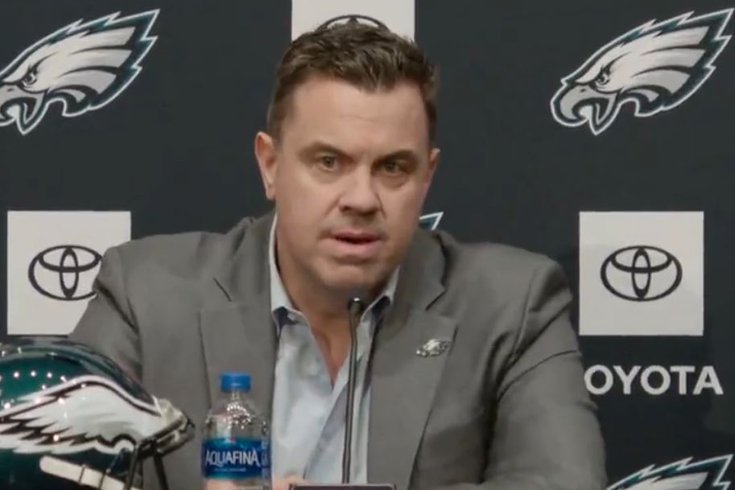 Vice President of Player Personnel Andy Weidl is leaving the Philadelphia Eagles to accept an assistant general manager job with the Pittsburgh Steelers, according to a report late Tuesday night from Aditi Kinkhabwala.

Pittsburgh native and #Eagles VP of Player Personnel Andy Wiedl is slated to be named #Steelers’ new assistant GM, multiple sources around the league tell me. That means signs point to longtime Steelers exec Omar Khan emerging as winner of the search to replace Kevin Colbert.

Weidl joined the Eagles in 2016 as the Assistant VP of Player Personnel along with Joe Douglas. When Douglas left to become the New York Jets' general manager in 2019, Weidl was promoted to Douglas' job.

The Eagles have lost an abnormally high number of front office people this offseason, many of whom held high positions.

"We've lost a lot of really good people and we still have a lot of really good people," Howie Roseman said at the conclusion of the 2022 NFL Draft. "Obviously, because of that, we're going to have to continue to make additions and continue to fortify that group. I think we have a good process for that. I think we're in a situation where we want to continue to grow talent in the building. We have good people in the building and, just like our football team, we're always looking to add good people, and I think you're only as good as your people."