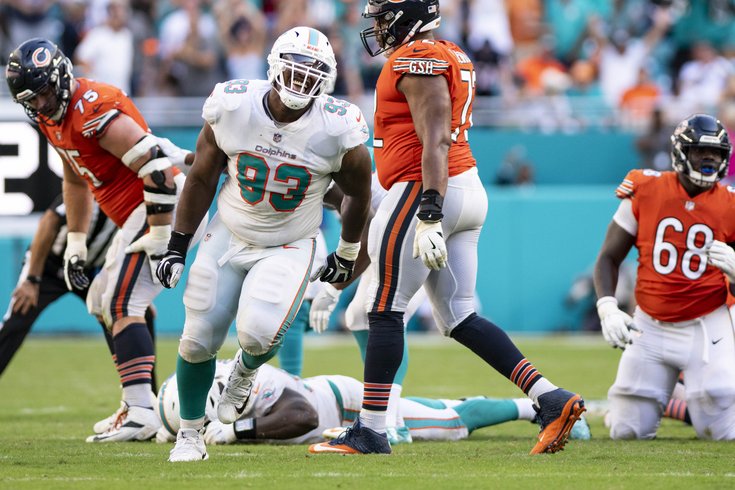 With starting DT Malik Jackson reportedly done for the season with a Lisfranc injury, the Philadelphia Eagles announced that they will be signing DT Akeem Spence.

Spence is an experienced defensive tackle, having played in 88 games over his six-year career, starting 57. In 2018, Spence started all 16 games for the Miami Dolphins, recording 42 tackles, two sacks, six tackles for loss, and nine QB hits. They released him this offseason, in something of a purge of veteran players.

Here he is mic'd up for a Dolphins game last year:

As expected, the Eagles placed Jackson on injured reserve.

And finally, the team has also waived TE Alex Ellis, which once again opens up a roster spot. The expectation here is that Ellis' spot will be filled with another tight end.