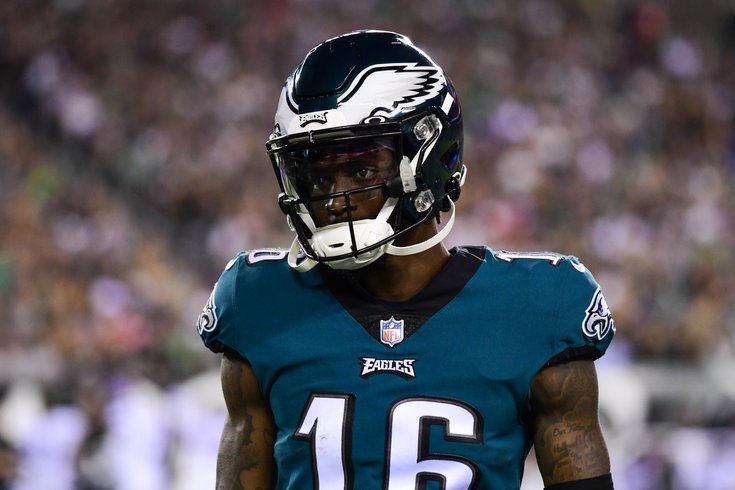 In the Philadelphia Eagles' win over the Tennessee Titans on Sunday, wide receiver Quez Watkins injured his shoulder in the third quarter. According to a report from Jeremy Fowler of ESPN, Watkins suffered an AC joint sprain.

What is an AC joint? From some doctor's website:

Here's the play Watkins got injured on:

So that checks out.

One recent example of an AC joint sprain was Odell Beckham, who suffered a "Grade 3" (serious) version of the injury in 2021 against the Cardinals.

I'm told #Browns WR Odell Beckham Jr. (shoulder) is dealing with a Grade 3 AC Joint sprain, per league source. My understanding is Beckham Jr. is still trying to do everything he can to be a game time decision & play- at this time. We'll see how things evolve between now & then.

Watkins has had an elevated role as the third option in the Eagles' passing game the last few weeks with TE Dallas Goedert on injured reserve. He has 14 receptions on 17 targets for 183 yards and 2 TDs over the last four games. We'll update as more information is revealed.