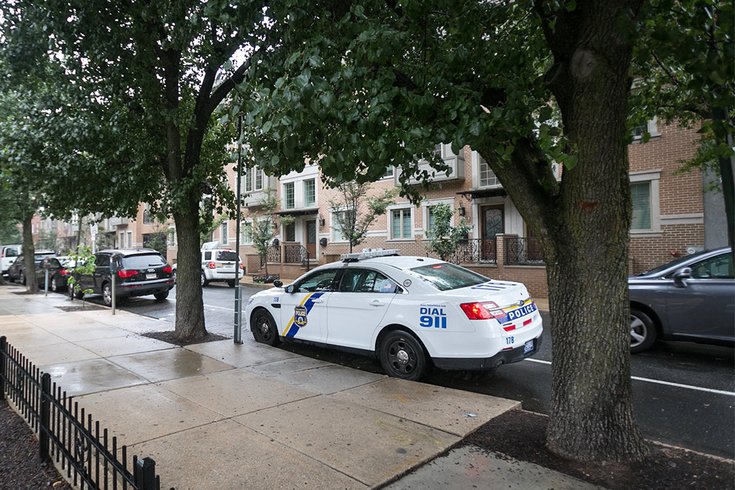 Police removed a noose found in a tree, right of the police vehicle, on Friday morning at 18th and Lombard streets in Rittenhouse.

Philadelphia Mayor Jim Kenney responded Friday afternoon to the noose found hanging from a tree in the city's tony Rittenhouse neighborhood, calling it a "vicious act."

The noose was found on the limb of a tree at 18th and Lombard streets near The Pepper Building, an 11-story apartment complex, in Center City around 10 a.m., according to police. The incident was first reported by Billy Penn.

The incident came just days after a New York Times article revealed that a staffer at the U.S. Mint in Philadelphia allegedly handed a black co-worker a hangman's noose.

Sometime after 10:30 a.m. Friday, police vehicles remained in the area but the noose had been removed by officers.

The noose did not appear to be directed toward an individual, the police spokesperson said.

On Friday afternoon, Kenney and Rue Landau, executive director of the Philadelphia Commission on Human Relations, released a joint statement on the nooses in the news:

“It’s appalling that in 2017 anyone would commit such a vicious act as hanging a noose, a symbol of racial animus that has a painful history in this country.  These symbols of hate and racially-motivated violence have no place in Philadelphia - our residents and visitors should not have to witness such abhorrent incidents in public or private settings.  We urge any witnesses to the incident in Rittenhouse Square to contact the police with any information.”

"We know of it, but we weren't able to pull footage," said a woman working Friday at the front desk at The Pepper Building, who said she was first made aware of the incident by a neighbor. "We looked at the camera and wasn't able to see anything."

The article in the New York Times published Wednesday detailed reports of hangman's nooses popping up across the country in recent months, using the incident at the U.S. Mint as just one example. The employee in question was placed on administrative leave.

"It is the latest in a series of reports this year involving nooses — especially in the nation’s capital — that point to the return of the hangman’s rope as a potent expression of racial animus," the Times reporters Sheryl Gay Stolberg and Caitlin Dickerson wrote.

Authorities at the U.S. Mint, not the Philadelphia police, were in charge of leading the investigation into that incident, according to a police spokesperson.