Complainants allege they no longer have 'quiet enjoyment' promised by landlord 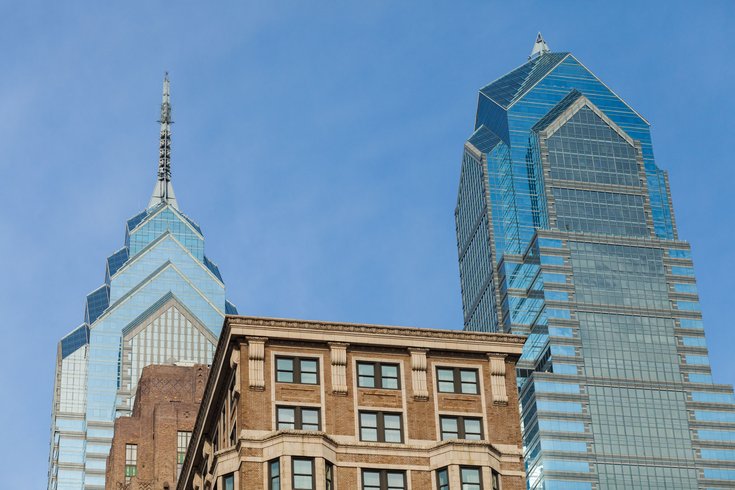 One Liberty Place, left, opened the One Liberty Observation Deck in 2015. A law firm whose office sits one floor below the deck sued the building's owners this week, claiming the popular observation deck takes away the "quiet enjoyment" of its space promised in its rental contract.

A law firm with a high-rise office in One Liberty Place looks set to take its displeasure over the One Liberty Observation Deck to court.

Philly Mag reported Thursday that Braverman Kasky, a 56th-floor tenant in the iconic 61-story building, filed a lawsuit Wednesday against building owner Philadelphia Liberty Place, along with the owners of the observation deck and the construction company that built it.

The law firm states that because of the observation deck, it no longer has the "quiet enjoyment" of its office space guaranteed by its contract with the landlord, according to the report.

Since the deck opened in 2015 on the 57th floor of the building, the firm claims it has been "plagued by the loud bangs, booms, stomps, screams, and vibrations caused by the loud speakers, music and/or masses of people visiting the 57th floor to observe the views," according to the report.

Construction of the deck also caused "loud noises and vibrations ... and rendered the Premises unseemly to [Braverman Kaskey's] clients," Philly Mag reported. The firm also alleged that Philadelphia Liberty Place promised construction would stop after 7 a.m. on weekdays, but the landlord routinely allowed the work to go on after that point.

The law firm, which reportedly pays tens of thousands of dollars in rent per month, seeks $75,000 in restitution and all rent payments it made in 2015, with interest, according to the report.

The year-round deck offers sweeping views of the city and regularly holds events.