By Sharon Lurye and John Kopp 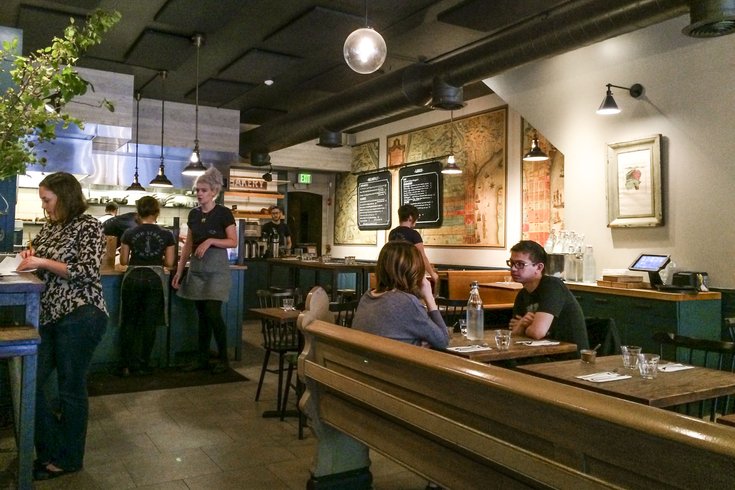 Crowds may have flocked to the Benjamin Franklin Parkway to see Pope Francis — but they did not fill up Center City restaurants last weekend.

Vacancies at many of Philadelphia's finest eateries prompted sharp criticism from restaurateurs Marc Vetri and Stephen Starr, who blamed heightened security for scaring customers — and city residents — away.

They were not alone in their criticism.

Reading Terminal Market, situated among the security fences that turned Center City into a labyrinth, saw "significantly smaller" crowd than normal, according to Marketing and Events Manager Sarah Levitsky.

"We were prepared for (Philadelphia Flower Show) type crowds and we had many fewer than we normally have on a normal day," Levitsky said. "I would say at the height of it, we might have had a light Saturday turnout."

The type of visitors coming to Philadelphia were not focused on shopping.

"I think that the crowds that were here were focused on getting a good spot," she said. "I think that stopping at Reading Terminal Market or anywhere else in between the two fences was not on their agenda."

Rob Mitchel, president of the Philadelphia Mobile Food Association, made the same observation.

"It wasn't a very lucrative event for the food trucks. This is a pilgrim crowd and not an epicurean crowd," he said.

Even during the World Meeting of Families, which took place at the adjacent Pennsylvania Convention Center from Tuesday to Friday, the crowds at Reading Terminal Market were not overwhelming. Though busier than the weekend, visitors tended to come in waves.

"We had spurts when they would come in for an hour and a half over the lunch time," Levitsky said. "Then it would be quiet again. I think a lot of locals weren't coming in, so in the quiet times it seemed pretty quiet."

She anticipated the papal visit would bring an influx of customers to the Rittenhouse location, especially given the ease of buying a quick slice. But the crowds never turned out. 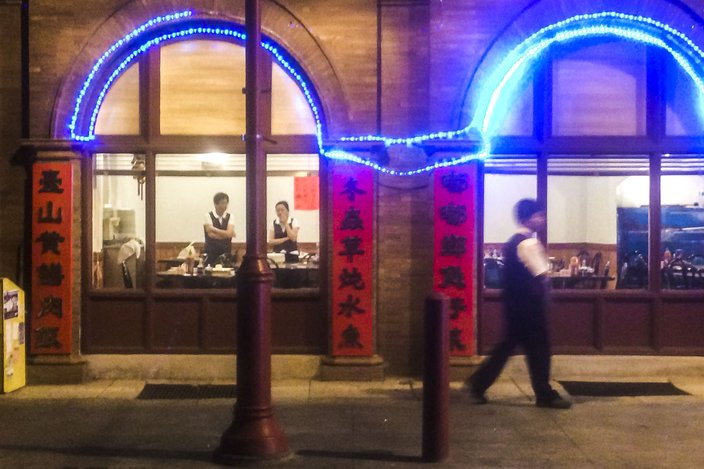 An empty 10th street in Chinatown during the Festival of Families Saturday. (Tom Carroll/PhillyVoice)

Business also was down at SliCe's Italian Market location, which Dilks credited to locals fleeing town for the Jersey shore or other vacations.

"We lost a tremendous amount of our regular crowd," said Dilks, who still was pleased to have Pope Francis visit Philadelphia. "That's really what it was. The media just scared people, but they don't have a crystal ball. They were trying to be honest and forthcoming about the situation and what they expected."

In a press conference on Monday, Mayor Michael Nutter also blamed the media, telling reporters: "In some instances, you all scared the s--t out of people."

Unlike some restaurants, Dilks said SliCe was fortunate not to have much waste.

"We didn't have any spoilage," Dilks said. "We make our dough. Flour isn't going to go bad."

Vetri, who praised the excitement generated by Pope Francis, took aim at Philadelphia leaders in a Facebook post Saturday afternoon, decrying the "need to close every street, bridge and alley."

"Instead, of engaging the citizens and businesses around this great city in welcoming the Pope, they have instead decided to roll out the red carpet for everyone making the pilgrimage, and roll us up in the carpet to place in storage until Monday," Vetri wrote.

Starr told the Philadephia Inquirer that his 20 Philadelphia restaurants had "virtually no reservations," saying the impact was worse than Hurricane Sandy in 2012.

However, Jose Garces, who owns 10 Philadelphia restaurants and a taco truck, gave a positive account when asked to detail the impact of the papal visit on his business.

"This was an incredibly exciting week for our city and an operationally challenging time for our team," Garces said in a statement released by a spokesperson. "I’m proud of their commitment to hospitality and it was a privilege to participate in such a momentous occasion.”

Kory Aversa, who does public relations work for over 20 restaurants in Center City, Old City and South Street, said that business was slow "across the board."

"We didn’t have any restaurants that were busy,” said Aversa.

He noted that Uptown Beer Garden closed early on Saturday due to slow businesses, and Brew on 13th and Chestnut wasn’t even busy during Sunday’s football game.

The one bright spot was that “you found that spirit of togetherness, because everyone wanted to celebrate this major thing for the city."

However, at least one restaurant had a moment that could only have happened during the papal visit: Nick’s Roast Beef in Old City reported that on Saturday, 48 seminarians came in all at once on Saturday to order cheesesteaks.

Let it be known that holy men prefer their cheesesteaks "wit."