Road closures announced for Made in America festival

By Michael Tanenbaum
PhillyVoice Staff
Made in America Road Closures 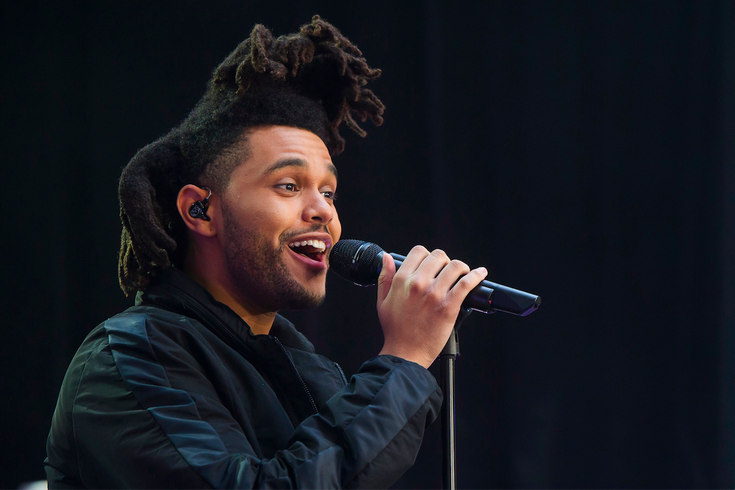 In this May 7, 2015 file photo, Abel Tesfaye, known by his stage name The Weeknd, performs on NBC's "Today" show in New York. The Weeknd and pop diva Beyonce are headliners for the Budweiser Made in America festival over Labor Day weekend in Philadelphia. Jay Z’s two-day festival on Sept. 5 and 6 across Philadelphia’s Benjamin Franklin Parkway will also include Axwell & Ingrosso, J. Cole, Bassnectar, Modest Mouse, Big Sean, Death Cab for Cutie and Meek Mill.

The Made in America festival officially returns to Philadelphia for its fourth year during the upcoming Labor Day weekend. While thousands of fans will flock to the Benjamin Franklin Parkway to catch Beyonce, The Weeknd, Bassnectar, Modest Mouse, and dozens of other acts across the festival's five stages, those looking to avoid the crowds and traffic should consult the road closures that will be in effect this weekend.

RELATED STORY: Your guide to Made in America 2015

Friday, September 4th: Starting at 10 a.m., due to the closure of the outer lanes on the Benjamin Franklin Parkway, traffic headed inbound (to Center City) from Spring Garden Street Bridge or Martin Luther King Drive must exit Eakins Oval on the 24th Street ramp.  Traffic headed inbound on Kelly Drive must exit the Drive at Fairmount Avenue.
The full extent of closures will begin Saturday with the start of the festival:

• The entire width of the Benjamin Franklin Parkway, beginning at 18th Street extending through Eakins Oval (25th Street) and behind the Philadelphia Museum of Art

• 2000 block of Pennsylvania Avenue, between the Whole Foods store & 21st Street (the eastern half of the block, from the Whole Foods Market to 20th Street, will remain open to allow access to the store)

• Winter Street between 20th & 22nd Streets (both sides of street)

To prepare for the tide of fans before and after the performances on Saturday and Sunday, SEPTA will operate enhanced service on many routes. Starting at noon on both days, there will be 5-minute local service on the Market-Frankford and Broad Street Lines.

Late-night SEPTA Regional Rail train service will be available on Saturday and Sunday nights departing from Jefferson, Suburban and 30th Street Stations. Special schedules have been posted in stations and can be viewed here

Proceeds from the Budweiser Made in America Festival in Philadelphia will benefit United Way of Greater Philadelphia and Southern New Jersey and United Way of Lancaster County. The Festival’s primary purpose is to have a positive impact on the communities involved by investing money in the education and health of the most vulnerable and needy citizens in these regions.