Robert Evans, producer of 'Chinatown' and 'The Godfather,' dead at 89 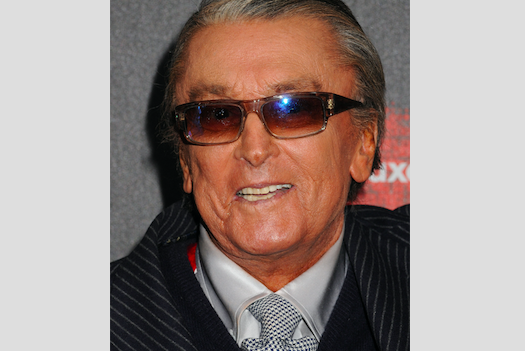 Robert Evans, a Paramount executive and longtime producer, died on Saturday night at the age of 89, his family confirmed on Monday.

Evans, who had little-to-no producing experience at the time, was given the reigns at Paramount in the 1960s after a brief career as an actor.

Variety reported that Evans' distinct look and way of speaking turned him into an iconic Hollywood cult figure. He was involved in the very public love triangle between Ali McGraw and Steve McQueen. In 1980, he was arrested for cocaine possession. But his biggest scandal was his alleged involvement in the 1983 murder of Hollywood promoter Roy Radin during the production of "The Cotton Club."

He produced classics like "Chinatown," "Urban Cowboy," "Rosemary's Baby," "The Godfather," and "Marathon Man." His last hit was with "How to Lose a Guy in 10 Days," starring Matthew McConaughey and Kate Hudson in 2003.

He was nominated for an Oscar for his work on "Chinatown" in 1975.

In 1998, Evans suffered a stroke that left him partially paralyzed and unable to speak. He would have three more strokes that year, however he eventually made a near-full recovery.