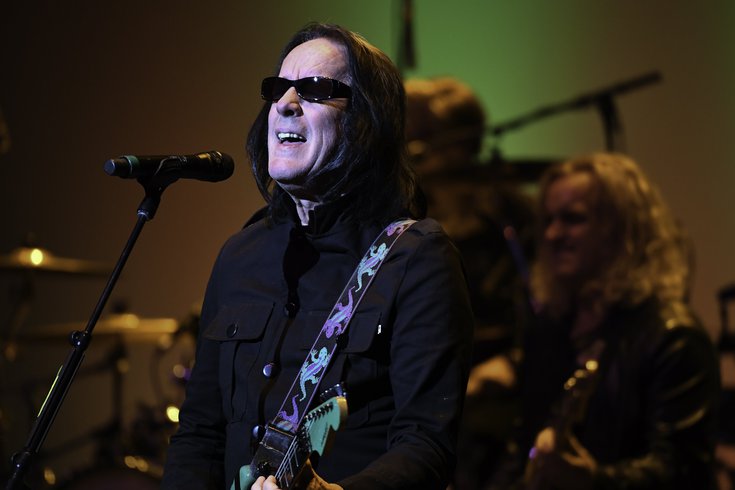 Todd Rundgren earned his third straight nomination this year to the Rock & Roll Hall of Fame.

The Upper Darby native is one of six performers who were selected Wednesday for the Rock & Roll Hall of Fame's 2021 induction class. Joining Rundgren in the Hall of Fame this year will be Tina Turner, Carole King, The Go-Go's, Jay-Z and Foo Fighters.

The 72-year-old Rundgren was one of 16 nominees for the performers category this year. This was Rundgren's third straight nomination for the Hall of Fame. The musician became eligible in 1996, but he did not receive his first nomination until 2019. He was nominated again in 2020.

The performers criteria honors bands and solo artists who have "created music whose originality, impact and influence has changed the course of rock & roll," according to the Hall of Fame. In order to be eligible for the Hall, artists are required to have released their first record 25 years prior to induction.

An international voting body of more than 1,200 artists, including current living inductees, historians and members of the music industry, submitted ballots. Factors such as an artist's musical influence and the length and depth of one's career are taken into consideration when voting.

Fans were allowed to participate in the selection process by voting for as many as five nominees per day on the Hall of Fame's website. The top five nominees who were voted on by the public comprised the fan ballot and were tallied alongside the other ballots to select the 2021 inductees.

The 36th annual induction ceremony will be held Saturday, Oct. 30 at 8 p.m. at Rocket Mortgage Fieldhouse in Cleveland. Tickets go on sale in July.

A radio simulcast will be available on SiriusXM's Rock & Roll Hall of Fame Radio. The ceremony will air at a later date on HBO and stream on HBO Max.

Born in Philly, Rundgren was raised in Upper Darby and graduated from Upper Darby High School in 1965.

The artist was influenced by soul, British rock, vocal harmony and 1960s singer-songwriters, according to the Hall of Fame. Among his biggest influences were The Beach Boys and Pink Floyd.

Rundgren formed the musical group Nazz in 1967 and joined Bearsville Records as a producer and engineer. He earned his first top 20 hit with "We Gotta Get You a Woman" as part of his debut solo album "Runt" in 1970.

Rundgren is best known for his 12 solo albums, nine albums with the rock group Utopia and production work during the 1970s and 1980s. His most notable music came in 1972, when he released his critically-acclaimed "Something/Anything?" album. The record featured a pair of Top 20 hits in "Hello It's Me" and "I Saw the Light."

"Hello It's Me" is Rundgren's best-charting song of all-time, and "Something/Anything?" was named to Rolling Stone's "500 Best Albums of All Time" list this past September.

Rundgren continues to perform live. His "Clearly Human" tour consisted of virtual concerts in 25 cities in February and March.