Rep. Malcolm Kenyatta said providing money for safety is 'the least we can do' to support students and the community impacted by the incident 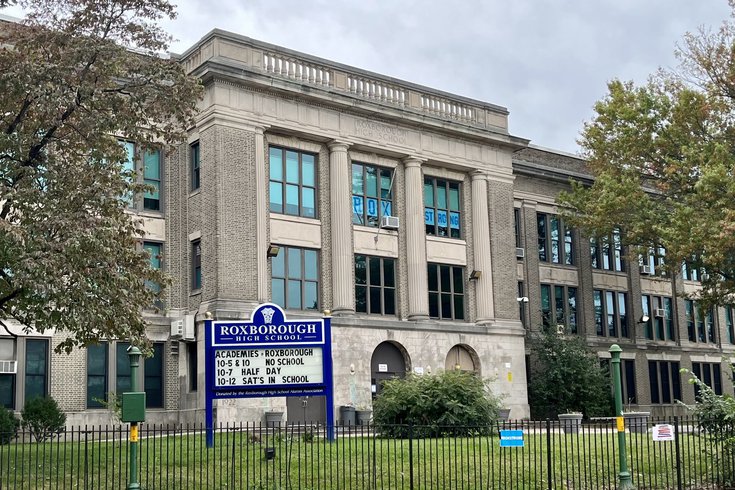 Roxborough High School received $500,000 in state grant funding to enhance security on its Northwest Philadelphia campus in the wake of a deadly shooting on Sept. 27 which killed 14-year-old Nicolas Elizalde and injured four other teenage boys during a junior varsity football scrimmage.

Roxborough High School received $500,000 in state funding Tuesday to enhance security measures in the wake of the Sept. 27 shooting that killed 14-year-old Nicolas Elizalde and injured four other boys following a football scrimmage with students from two other schools.

State Rep. Malcolm Kenyatta and Sen. Vince Hughes said they were able to secure the funding through the Pennsylvania Department of Community and Economic Development. The specifics of what the funding will be used for remains unclear,  but Roxborough High School principal Kristin Williams Smalley thanked state officials for their swift response.

"Nothing will bring back Nicolas," Hughes said. "Nothing will take away the pain his family is feeling. Nothing will fully right this wrong. We hope arrests are made soon to bring some justice to this tragic situation and in the meantime, my colleagues and I knew we had to invest in Roxborough High School to make sure it has what it needs to increase security moving forward."

On Sept. 28, Kenyatta visited Roxborough High to meet with students and discuss their feelings following the shooting. An alumnus of the Northwest Philadelphia high school, Kenyatta was personally struck by how students at the school have been impacted by gun violence, with one student saying his biggest dream is to live past 30 years old.

"This for me is not a moment of celebration," Kenyatta said. "Nicolas is gone and four other students will never be the same. This is the least we can do to help make students and families at Roxborough feel a tiny bit safer in light of this tragedy. We must do everything to make sure that another parent or guardian doesn't have to grieve the loss of their child."

During Tuesday's news conference, Jerry T. Jordan, president of the Philadelphia Federation of Teachers, acknowledged the shooting death of 13-year-old Jeremiah Wilcox outside of Wagner Middle School in Ogontz on Monday evening.

Wilcox, an eighth grade student, was outside of the school with friends at approximately 6:45 p.m. when he was shot multiple times in the head and face, 6abc reported.

"The collective trauma wrought by this ongoing crisis is overwhelming," Jordan said. "I've said it so many times before: we send our sincerest condolences and thoughts, but they are wholly insufficient."

Meredith Elizalde, mother of Nicolas, amid her grief, speaks so powerfully: We are failing our children. #phled #EndGunViolence pic.twitter.com/l9s4eHJUrP

The deadly shooting at Roxborough High occurred at approximately 4:40 p.m. on Tuesday, Sept. 27. Five gunmen emerged from a Ford Explorer on the 4700 block of Pechin Street and fired more than 60 shots at the football players. Investigators believe the shooting was carefully planned, as the SUV had been parked for six minutes prior to the shooting.

Elizalde, a Havertown, Delaware County resident and freshman at nearby Walter B. Saul High School, was killed by the gunfire, and police said that he was an innocent victim. In the days following the shooting, Elizalde was described by family, friends, and school officials as an intelligent and gifted child.

Four other teens were injured in the shooting, three of which were Roxborough High students and Elizalde's teammates. The other boy is a 17-year-old from a different school. Police believe that he was the intended target in the shooting.

Police issued a warrant for the arrest of 16-year-old Dayron Burney-Thorne earlier this month, and have released photos of three of the six suspects they believe were involved in the shooting.

The award for information leading to an arrest and conviction is up to $45,000, though no arrests have been made. Anyone with information about the shooting can contact Philadelphia police by calling or texting (215) 686-8477. Tips can be submitted anonymously online.