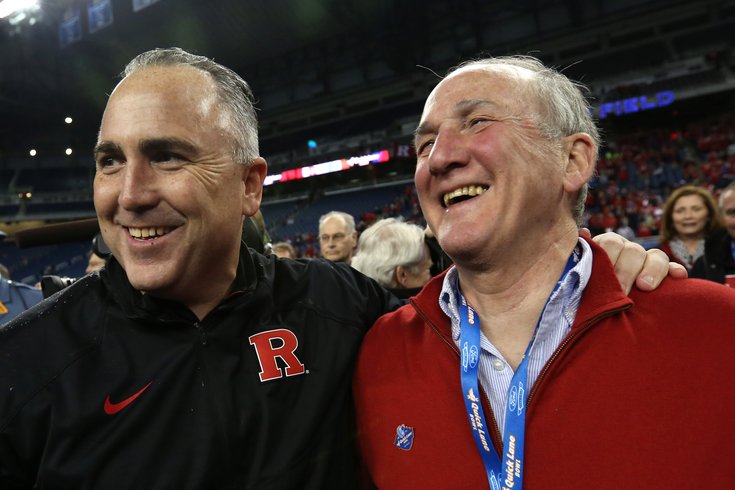 University President Robert Barchi issued a statement on Wednesday questioning the ruling against professor James Livingston regarding his comments on race he posted to Facebook in June.

If you're not familiar, Livingston, a white male, called some white kids he encountered at a burger joint in Harlem "little Caucasian a**holes." People on social media, not notably, were very upset. And university officials eventually intervened.

He went on: “Slide around the floor, you little s**thead, sing loudly, you unlikely moron. Do what you want, nobody here is gonna restrict your right to be white.”

"I hereby resign from my race. F**k these people. Yeah, I know it's about access to my dinner. F**k you, too."

The post was flagged by Facebook for violating its community standards on hate speech, and has since been removed.

Livingston, a tenured professor, claims the post was satire and a critique of gentrification.

At the time the post was published, the Rutgers' Office of Employment Equity ruled that Livingston could be suspended for his comments because it was considered language not protected under the First Amendment.

This week, Barchi has said the decision must be analyzed "more rigorously," in a letter to top officials.

"Like many in our community, I found that Professor Livingston's comments showed exceptionally poor judgment, were offensive, and, despite the professor's claims of satire, were not at all funny," Barchi wrote Wednesday.

"At the same time, few values are as important to the university as the protection of our First Amendment rights -- even when the speech we are protecting is insensitive and reckless."

Apparently, officials are assembling a special advisory group, including Rutgers' attorneys, faculty and experts on the First Amendment, according to NJ.com.