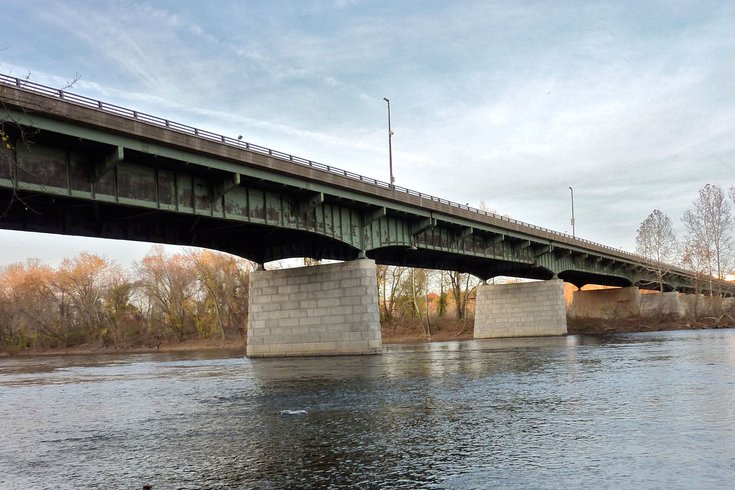 Scudders Fall Bridge, seen from Yardley, Bucks County, opened a portion of its new construction this week to drivers coming into Pennsylvania.

The reconstructed Scudder Falls Bridge partially opened this week and will start charging tolls on Sunday for drivers traveling over the Delaware River between Pennsylvania and New Jersey.

According to the Delaware River Joint Toll Commission, the 4.4 mile bridge has started phasing in traffic this week on the span that connects Ewing Township, New Jersey, and Lower Makefield, Pennsylvania.

This is the first reopened span of the bridge since it began construction in July 2017.

On Wednesday the commission issued traffic warnings for commuters, as the span would be reduced to a single lane of traffic. Another lane was expected to open by 2 p.m. Thursday.

For the next two weeks, the old bridge will remain open for traffic going into New Jersey but will close on July 24 when that traffic is shifted onto the new bridge.

The span opening this week will hold traffic going in both directions until the new lanes to New Jersey are finished sometime in 2021, according to the DRJTC's website. Eventually, one span will be dedicated to traffic moving in each direction.

On Sunday, tolls will be charged going only into Pennsylvania for $1.25, E-ZPass only. There will be no toll booths.