By Brian A. Saunders
PhillyVoice Staff
Transportation SEPTA
from 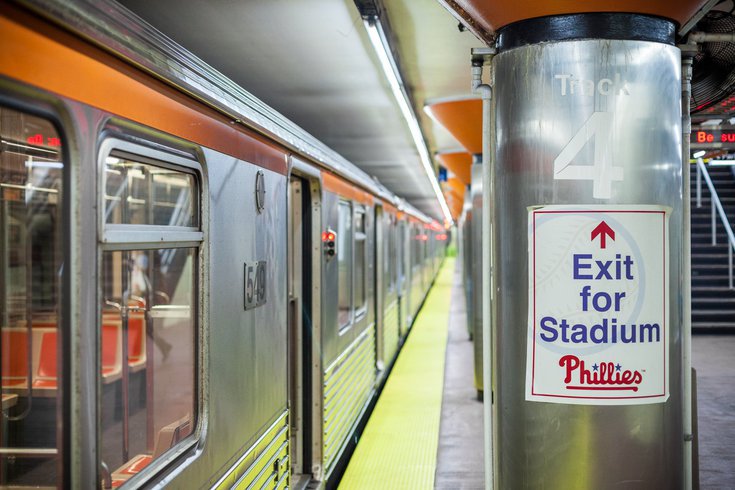 Ahead of another jampacked weekend of Philadelphia sporting events, SEPTA announced it was boosting its services to account for the traffic to the South Philly sports complex. There will be two additional Broad Street Line local trains from Fern Rock Station to NRG Station for the Sixers home opener Thursday.

The energy in the city is alive and well this October – it seems like the ultimate time to be a Philly sports fan.

Opening week for the Sixers includes two home games, the Phillies will host three NLCS games this weekend, and the Flyers have a home game against the San Jose Sharks. There is also a Smashing Pumpkins concert and a Temple Owls football game Friday.

RELATED: Your TV guide to watching the Phillies, Sixers, and Flyers during a jam-packed week of big games

Because of all these major events, SEPTA announced it would add additional services from Thursday through Sunday to accommodate fans attending games.

The Sixers, fresh off a disappointing opening night in a 126-117 loss to the Boston Celtics on Tuesday, host the Milwaukee Bucks oin Thursday at the Wells Fargo Center. The sold-out game is expected to take in 21,000 fans.

All three venues inside the Stadium Complex will be hosting tens of thousands of people Friday night. The Phillies host a pivotal game 3 of the NLCS vs. the San Diego Padres, Temple hosts Tulsa at the Linc and the Smashing Pumpkins have a tour stop at the Wells Fargo Center.

The sold-out Phillies game alone will bring in more than 42,000 fans, Temple games can average at least 20,000 spectators and the WFC capacity is 19,500 for concerts.

On Saturday, the Sixers host the San Antonio Spurs and the Phillies will play game 4 against the Padres. In the event of a game 5 between the Phillies and Padres, the game will place take on Sunday, followed by the Flyers game against the Sharks.

The Broad Street Line provides service to the Sports Complex and has a free transfer for riders who use the Market-Frankford Line and City Trolley routes at 15th Street and City Hall Stations. It also connects to multiple bus routes, the Regional Rail, and is accessible for customers who use the PATCO train line from South Jersey.

With the overlap in games and the increased foot traffic at SEPTA stations, fans are asked to map out the commutes and purchase tickets in advance to ensure they make it to their events on time. SEPTA recommends using SEPTA Key Cards to eliminate any issues.

Here is a complete look at the nine scheduled events and the additional SEPTA services. In addition, services will be available after each game, no matter if they run late.

The last inbound Wilmington/Newark Regional Rail train will be held at Chester Transportation Center after the game.