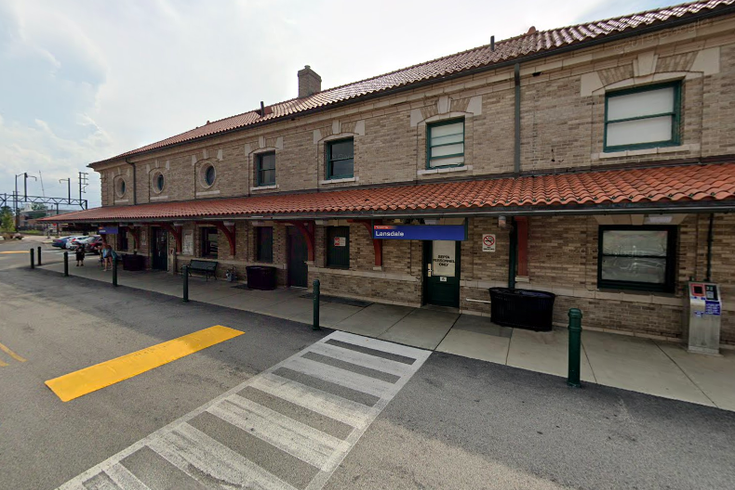 Lansdale SEPTA Station, located in Montgomery County, was one of just nine properties chosen to be added to the National Park Service's National Register of Historic Places.

A local SEPTA station is now recognized as part of a National Park Service index.

Lansdale Station in Montgomery County was one of just nine properties chosen to be added to the National Register of Historic Places.

The register is National Park Service's official list of historic places worthy of preservation. A selection committee decides which locations are worthy to be included.

Construction of Lansdale Station, now situated on the Lansdale/Doylestown Regional Rail Line, began in 1902 and was open to the public in 1903. It replaced a combination passenger and freight depot that was built in 1868.

The distinctive architectural features of the station remain similar to the way they were back in 1903, despite major restoration work by SEPTA during the 1990s.

Lansdale Historical Society began its effort to place the station on the list more than two years ago, a process which involved extensive documentation of the building's history and explanation of its importance to the community.

The station's status on the register was originally announced in December. It was celebrated today as part of Lansdale Borough's Sesquicentennial Celebration. The dedication ceremony at the historic station featured guest speakers.

Lansdale Station is the 159th Montgomery County property to be included on the register, and the third in Lansdale. The other two are the Jenkins Homestead, added in 1977, and the Silk Factory Lofts, added in 2004.