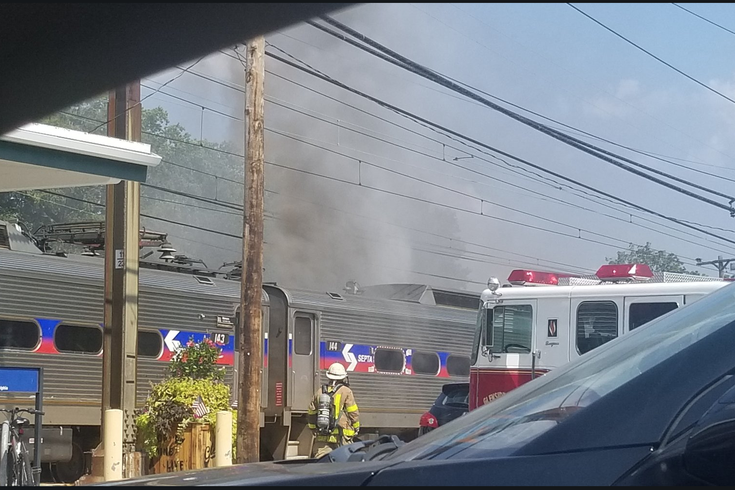 A view of the SEPTA train on fire.

A SEPTA train caught fire near the Glenside Station on Wednesday afternoon, according to numerous social media reports from people at the scene.

SEPTA has since resumed activity on the Lansdale-Doylestown and Warminster Regional Rail lines:

Septa train is on fire. pic.twitter.com/A0NHvUuhtw

Warminster: Service is suspended until further notice due to mechanical issues at Glenside Station.

SEPTA confirmed it had suspended service on the Lansdale-Doylestown and Warminster Regional Rail lines for a few hours Wednesday afternoon:

Doylestown: Service is suspended until further notice due to mechanical issues at Glenside Station.

Apparently, reactions to the fire were mixed:

The train in front of mine is on fire and this man has the audacity to tell a septa staffer "This is really inconveniencing me" like sir... do you not realize a TRAIN IS ON FIRE??? pic.twitter.com/vQQQxrOSdW

This is a developing story, and will be updated with more details when available.