SEPTA will suspend service; Philly airport canceling all flights ahead of weekend blizzard

Bus, train routes will reopen as conditions allow on Sunday; Monday's commute could be impacted 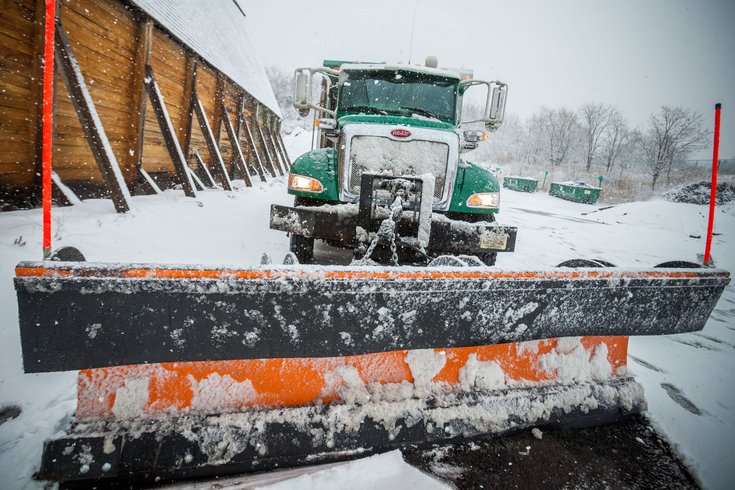 SEPTA will suspend nearly all of its transportation service for at least 24 hours beginning at 4 a.m. Saturday, and all flights in and out of Philadelphia International Airport on Saturday have been canceled, both as a result of the coming blizzard.

The Delaware River Port Authority announced on Friday its four bridges – the Betsy Ross, Ben Franklin, Walt Whitman and Commodore Barry – will remain open to motorists, and its PATCO rail lines will continue to operate during the storm.

To help accommodate some of these displaced vehicles, select Philadelphia Parking Authority garages will 24-hour, flat-rate parking for $5 beginning at 5 p.m. Friday. (The sidebar below lists the participating PPA garages.)

SEPTA General Manager Jeffrey Knueppel announced that almost all SEPTA service would be suspended Saturday morning, except the Broad Street Subway and the Market-Frankford Line, which SEPTA hopes will stay on a regular schedule throughout the weekend.

Those lines are being kept open, Knueppel said, because they are important for the transportation of "essential workers," like police, firefighters and hospital employees.

"This is no normal winter storm," Knueppel said during a press conference from SEPTA's headquarters Friday morning.

The National Weather Service has issued a blizzard warning in effect from 7 p.m. Friday to 10 a.m. Sunday. Forecasters predict 12 to 18 inches of snow will fall in the city and suburbs. Points west, including Lancaster, could see 18-24 inches of snow accumulation. In New Jersey, the Jersey Shore looks to see much less snow, but the real concern there over the weekend will be coastal flooding during three high tides.

"It really is the high winds that have made this a very difficult storm," Knueppel said. "Imagine trying to operate a bus or trolley with near zero visibility..."

SEPTA hopes to begin restoring its rail and bus service Sunday morning, but to the extent that will be done depends on damage caused by the high winds forecast for the storm and roads being plowed.

For example, in a neighborhood like Manayunk, where roads are hilly and narrow, Knueppel said it will be very difficult to restore bus service by Sunday morning.

"Sunday is difficult to predict," he said.

During the storm, 1,500 SEPTA employees and 500 contracted workers will be ready to respond to situations as they arise, Knueppel said. Many of those workers will be deployed to repair power lines downed by ice, wind and falling tree limbs. Others will man SEPTA's sizable fleet of snow and ice removing equipment, like high-velocity blowers.

People near rail lines may see trains travel by while service is suspended. Those are pilot trains, Knueppel said, used to remove ice from rails and overhead power lines.

The effects of the blizzard could impact Monday's commute.

"We are hoping for as best a service as we can provide on Monday," Knuepell said.

Residents in Philadelphia and throughout Pennsylvania can use PennDOT's plow tracking map to determine which roadways have been cleared during and after the storm.

At Philadelphia International Airport, airlines have canceled all departing and arriving flights on Saturday, according to the airport's Twitter page.

Airlines have canceled all flights departing and arriving at Philadelphia International Airport on Saturday, January 23.

Airport officials encouraged travelers to check the airport's website, phl.org, and social media pages for further updates on weather conditions and operations. Travelers also can contact their airlines for additional flight information. Some airlines are offering travelers an opportunity to change their itinerary without paying customary change fees.

The airport will deploy up to 465 employees to clear ice and snow from its runways, taxiways and aprons. The crew also will salt the arrival and departure roadways, I-95 ramps and parking lots.

PATCO will operate special snow schedules on both Saturday and Sunday, and PATCO GM John Rink said the authority's "ice train" that spreads de-icing fluid on its rail lines' third rail is ready to go, along with more than 2,500 tons of salt, 1,000 gallons of brine and various heavy equipment and workers.

"We will continue to run at our scheduled 25- and 30-minute headways throughout the weekend," Rink said in an emailed statement, "but are preparing adjustments to the departure times because of the need to run at slower speeds."

This story is developing and will be updated as new information becomes available about the impact of this weekend's storm on travel in the region.