State senator says there needs to be 'balancing act' 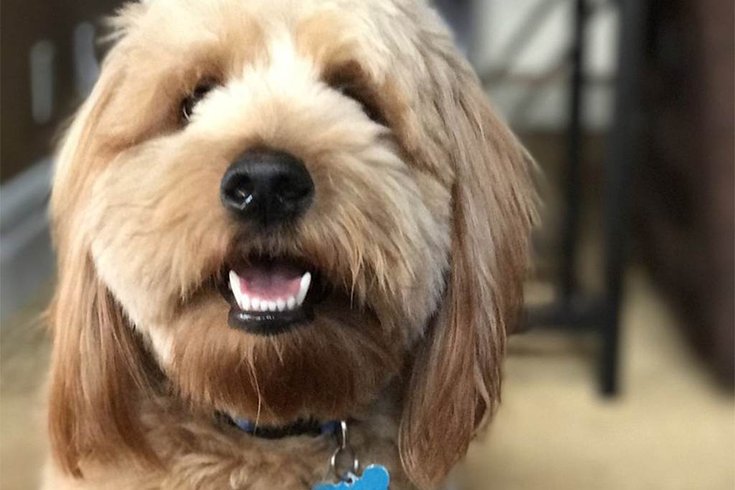 A New Jersey Senate committee signed off Monday on legislation enacting civil penalties beginning at $250 for interfering with a service dog in public places. The legislation, already approved by the state’s Assembly, is known as Charlie’s Law, named after a Golden Retriever and poodle mix owned by Cherry Hill resident Ben Shore.

Shore, 16, is a junior at Cherry Hill East High School. He has had a service dog for about 18 months to help him cope with multiple disabilities. Charlie is trained to detect the onset of a panic attack and can calm Ben while warning others. The dog also helps him cope with ADHD and autism.

But the dog has never been to school with Shore. District policy, which appears to violate both the federal Americans with Disabilities Act and also the New Jersey statute on service animals, bars dogs from school buses.

At 7 p.m. Tuesday, the school board will discuss changes to the policy – its spokeswoman declined to specify any details – during a first reading. A vote on the final policy is expected on Jan. 24. The district did not respond this week to a request to discuss Charlie’s Law. The district has said it will discuss changes to the service dog policy with PhillyVoice after Jan. 24.

"To hear that the New Jersey senate is pushing forward Charlie's law is a great thing and even though it has not been passed yet. It shows hope," said Shore.

"Those with service animals can now feel good that someone cares and the great legislatures working to make sure every individual with a disabilities paired with a service animal is given the best quality of life."

Shore, who has attempted to confront Cherry Hill Superintendent Joseph Meloche and board members about the issue, intends to attend the school board meeting on Tuesday night.

And so does Ashley Misinkavitch, a Cherry Hill mom with a five-year-old son, Parker, who is deathly allergic to dogs.

She said she has tried to discuss her son's proximity to service dogs – and Cherry Hill's service dog policy – and gotten nowhere with the district.

Parker has been hospitalized in the past due to his intense allergic reaction, according to his mother, who added the boy has needed life-saving EpiPen injections on three occasions to fight off the severe effects of anaphylaxis. Parker’s allergic response starts with itchy hives on his hands, which soon spread from his arms to his face, swiftly closing down his throat and respiratory system, his mother said.

Simply inhaling dog dander from across a large room can set him off, said Misinkavitch, noting Parker could had an attack in the huge building that housing the aquarium in Camden, where there was a dog during their visit, except for the separate air flow systems in the structure.

“He’s petrified to go anywhere,” she said of her son. “If he sees more than one dog someplace, he has a panic attack."

Misinkavitch said she understands service dogs allow some people to live, but she worries that well-intended legislation endangers her son.

“Never in our dreams did we ever imagine we’d have to fight for a right for Parker to live,” she said.

Sen. Diane Allen (R-Burlington) and Senate President Steve Sweeney (D-Gloucester) are the bi-partisan sponsors of Charlie’s Law in the New Jersey Senate. Allen said Tuesday she believes the full Senate could support the law in the next few months.

She said she supported the proposed law as a way to enforce the state statute on service animals without resorting to a slow-moving ADA complaint or a civil lawsuit.

She pointed out that the Delran School District in South Jersey was successfully forced to pay $10,000 settlement after it wrongfully barred a student with a service dog, but the process was slow.

The senator has never met Shore or his service dog, nor for that matter, Misinkavitch or her son.

But she said their colliding interests will require a “balancing act” to protect the needs and interest of both sides.