Sesame Place water tower, a roadside landmark since 1993, slated to be demolished

The tank near I-295 in Langhorne, Bucks County, is a beacon for the amusement park but has not been used for five years 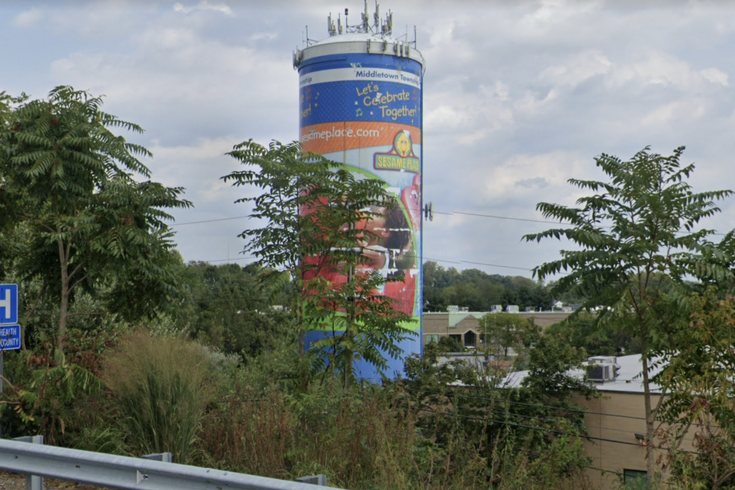 The Sesame Place water tower, along I-295 in Langhorne, Bucks County, looks to be headed for demolition after decades as a landmark for families approaching the amusement park. The Bucks County Water and Sewer Authority reportedly have approved plans to take bids to raze the structure.

For decades, families driving to Sesame Place have been alerted they're almost there by a brightly decorated water tower. The tower has got Big Bird and Elmo on it, leaving no doubt for the kids in the backseat.

Soon that water tower, located off I-295 in Langhorne, will be demolished. The Bucks County Water and Sewer Authority have approved plans to take bids on the project, the Bucks County Courier Times reported.

The 145-foot structure, known as the Sesame Tank and the Oxford Valley Water Tank, has not been used for about five years. Before it was decommissioned, it held two million gallons of water.

BCWSA, which purchased the tank in 2003, has determined water demand is better handled by a pair of tanks on Route 1 next to Neshaminy High School.

Sesame Place has been a destination in Bucks County since 1980. The tower originally was painted with "Sesame Street" characters in 1993, before it was wrapped with a vinyl decal to freshen up the advertisement for the amusement park. Sesame Place had been responsible for the maintenance of the decorative wrap.

BCWSA reportedly gave Sesame Place the opportunity to purchase the water tower, but the park declined.

"While we support the decision by Bucks County Water and Sewer Authority to remove the tower, we at Sesame Place, along with our fans, will be sad to see it go," a spokesperson for the amusement park said in an email Wednesday afternoon.

It's unclear when the bidding process for the demolition contract will begin and when plans to bring the tower down could move forward.