The one person he trusts most of all to run a successful business? A mom. 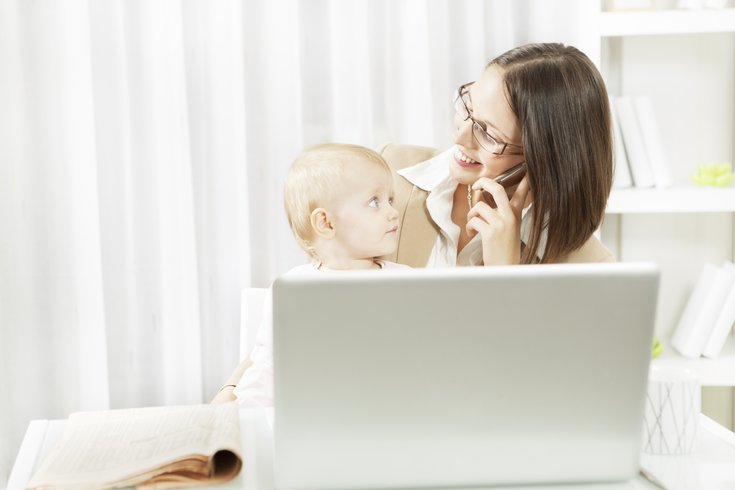 Kevin O’Leary, the businessman from ABC’s "Shark Tank" who is known for worshipping the almighty dollar above all else, has invested in dozens of companies over the past six seasons. After looking at which startups flopped and which gave him the best return on investment, he’s decided that there’s one kind of person he trusts most of all to run a successful business:

The shark told Entrepreneur.com that when he reviewed the 27 businesses in his portfolio at the beginning of the year, women led all of the highest performers.

"O’Leary says that he’s come to believe that if you want to find entrepreneurs who get things done, then find busy moms who are juggling a million things at once, because somehow they also manage to run and grow great businesses."

O'Leary doesn't invest in women because of feminist ideals, he said in an earlier interview with the website. He hires them because they make him more money.

He has noticed that the women he has worked with tend to deliver results because they focus on specific goals and avoid risk.

“If they say, ‘I am going to expand capacity or we’re going to increase distribution in the next quarter,’ they deliver,” he said.

In an interview with the Huffington Post – another powerful business run by a mom – O’Leary said that mothers are "so advanced at managing their time — raising a family, taking care of kids, and doing something else in addition to that, like running businesses — so maybe it’s their ability to manage time that’s taking them ahead in running small cap, mid-cap businesses.”

The high number of female-run businesses in O’Leary’s portfolio (he says 55 percent of the businesses he invests in are run by women) doesn’t represent what’s typical in the business world. Only 51 companies in the entire Fortune 1000 in 2014, for example, had female CEOs.

However, Fortune found, those companies tended to outperform the S&P 500 index. Moreover, more than 80 percent of those female CEOs were mothers.

Several studies have also supported the idea that women perform better in the boardroom.

However, these studies need to be taken with a grain of salt because they share a common shortcoming: The sample size of women in executive positions is very small. The Credit Suisse report found that, worldwide, only 12.7 percent of company directors were women in 2013. Dow Jones found that only 6.5 percent of the startups it looked at had female CEOs, and four out of five did not have a single female C-level executive.

Companies with female CEOs may be successful precisely because there are so few of them.

“There’s a lot of the theorizing around why the results are dramatically higher for the women, but most think it has to do with how hard women have to work to become CEO at such big companies in the first place,” said Karen Rubin, project manager at Quantopian.

It’s still a man’s world, but some women can do very well in it.