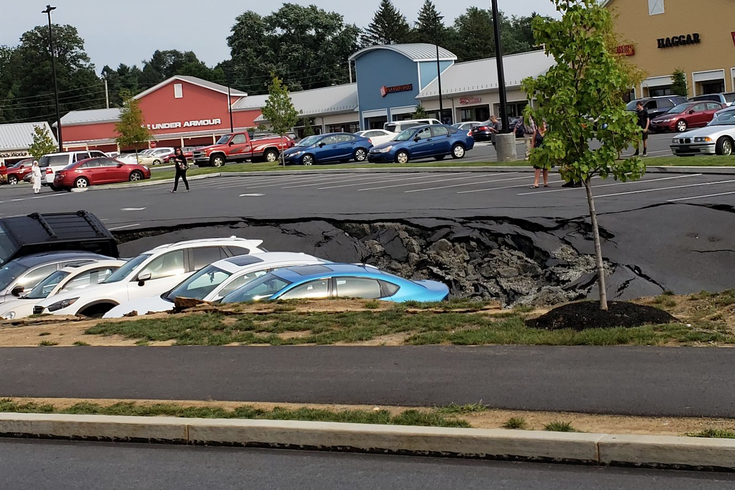 The shopping center is an hour and a half outside Philadelphia.

A sizable sinkhole opened in a parking lot at the Tanger Outlets in Lancaster County on Friday evening.

Shoppers posted images and videos from the scene on social media. It looks like six vehicles were affected by the crumbling asphalt.

The sinkhole at Tanger😧😧 pic.twitter.com/YV4ZaKz0oH

Massive sinkhole at the Tanger Outlets in Lancaster swallowed 6 cars with one woman inside. @susanWGAL is live at 6 on @WGAL with the latest. pic.twitter.com/Q3FWlZ3Qpi

The Lafayette Fire Company has asked people to avoid Tanger Outlets while it tries to get the cars out of the sinkhole.

According to initial reports from the scene, no one was injured.

This is a developing story. We will update as more information becomes available.