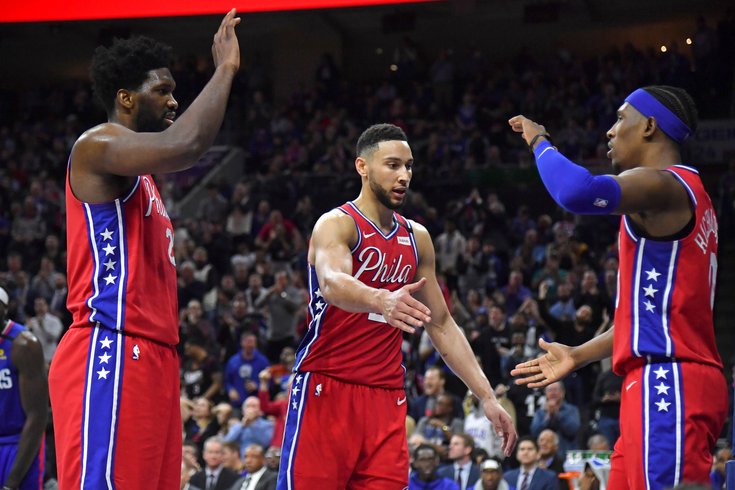 The 76ers reportedly held a team meeting to discuss the dangers posed by the coronavirus, which appears to be gaining a stronger foothold within the United States. The meeting came as the NBA issued recommendations to help prevent players from becoming infected.

The 76ers reportedly held a team meeting to discuss the dangers posed by the coronavirus, which appears to be gaining a stronger foothold within the United States.

Athletic trainer Kevin Johnson informed players on the best ways to protect themselves from the virus, according to USA Today Sports. The meeting was held during the team's four-game road trip in California.

“Basically we just talked about how to prevent it,” Glenn Robinson III told the news outlet. “With me, Al (Horford), and AB (Alec Burks), some of the concerns are we’ve got young kids, we’ve got daughters. That’s a big concern for me, their immune system is not up to speed. They just catch things easily and that’s a big thing for me.”

There are now 108 confirmed coronavirus cases in the United States, including those affecting repatriated Americans. California has 38 confirmed cases, the most of any state. Pennsylvania and New Jersey do not have any confirmed cases.

The Sixers' team meeting came after the NBA sent a memo, obtained by ESPN, to all 30 teams, recommending a series of measures to prevent infection. The league encouraged players to give fans fist bumps instead of high-fives. It also urged them to avoid touching pens and sharpies handed to them by fans seeking autographs.

The league and the players’ union have been consulting with the U.S. Centers for Disease Control and Prevention in hopes of limiting the risk of players getting the virus. Any player who contracts the coronavirus will likely be out for two weeks, according to ESPN.

More than 92,700 cases have been confirmed globally, with many of them occurring in China. At least 3,100 people have died from the illness. The disease has been detected in more than 70 countries.