Joel Embiid ruled out for Sixers' matchup vs. Blazers 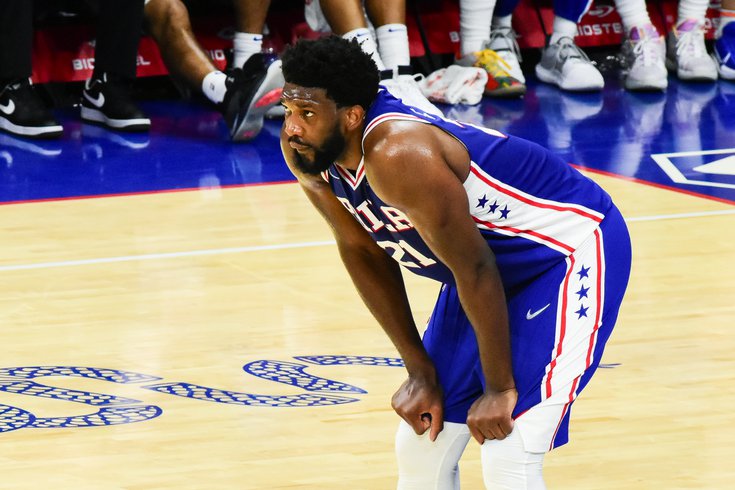 Sixers center Joel Embiid has been ruled out for Monday night's game against the Portland Trailblazers, as part of a planned rest for Embiid with the Sixers' schedule ramping up over the coming weeks.

Embiid has been battling knee soreness to start the season, inspiring questions about the decision not to have his meniscus operated on following the conclusion of Philadelphia's second-round defeat to the Atlanta Hawks. Though he looked good physically in small stints during the preseason, a knee-on-knee collision in Philadelphia's opener vs. the New Orleans Pelicans has had Embiid on the injury report for most of the last couple of weeks, a perpetual game-time decision each night.

While Embiid has acknowledged the knee issue during his media availability sessions, he has noted that his focus is on doing whatever is necessary for a team already down Ben Simmons, cognizant of the impact his injuries have had on the team in the past.

"I always say there are no excuses, but I'm fine," Embiid said last Thursday, following a win over the Pistons. "I can't complain, I'm doing what I love every single day. I wake up and that's what I want to do. That's what I'm going to keep focusing on. Whatever happens, happens. I'm fine.

"I'm just trying to be available for my teammates, for my team every single night. Playing hard, trying to do the best job I can...obviously, that first game is unfortunate it happened. I got hit during the first game, so it kind of handicapped me. But obviously got to come in with the mindset that I've got to play more games than I have in the past. So far this year, I'm on the right path. Whatever I'm needed to do, I'm going to be doing it."

There was a change, however, ahead of Saturday night's blowout win over the Atlanta Hawks. For the first time since the opener, Embiid was simply listed as "available" in the hourly injury reports filed prior to the game, and a team official said Monday that knee soreness has dissipated for Embiid, who is not expected to be listed on the injury report later this week until or unless something changes in the interim.

It will be disappointing to any Sixers fans who were hoping for Embiid to turn this into a pseudo recruitment game, with Damian Lillard and the Portland Trailblazers in town to do battle with Philadelphia. Connected to the Sixers throughout the offseason, Lillard was rumored to be close to making a trade request all summer before publicly rebuking the idea several times over the last couple of months, in both interviews with the media and in a recently-released freestyle rap Lillard recorded for the Bars on I-95 show.

Lillard was (and still is) on the small list of names of players the Sixers were interested in moving Ben Simmons for, though there appears to have been little traction made on that front given the wishes of all parties.