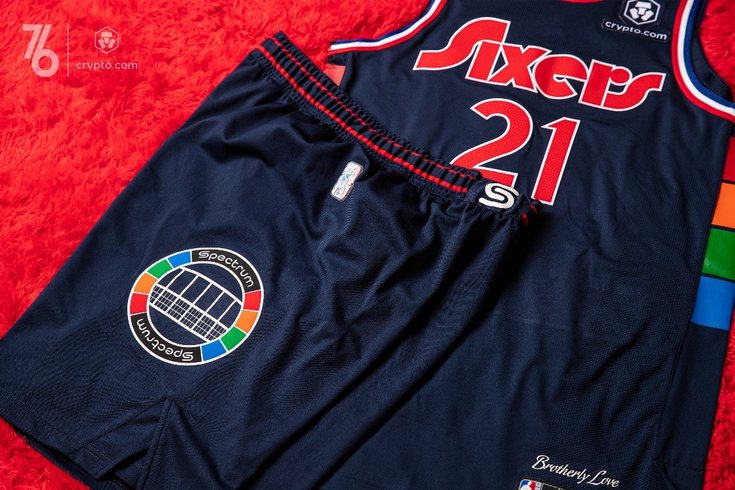 A first look at the Sixers' newest uniforms.

The Sixers finally unveiled their long-rumored City Edition jerseys on Monday morning, a nod to the Philadelphia Spectrum, home to the Sixers from 1967 until 1996.

After last year's Boathouse Row jersey ruffled a few feathers and broke from the team's core color palette, the Sixers decided to go back to their roots for this year's jersey, invoking the arena where they played their last championship season. Using navy-blue as the base color with a red font across the chest inspired by Sixers jerseys from 1971-76, the rest of the details are directly connected to the Spectrum, with a large logo on the shorts and a four-color panel down the sides of the jerseys. The colors represent each of the four primary sports teams in Philadelphia — the 76ers (blue), Eagles (green), Flyers (orange), and Phillies (red).

As has become tradition, the jerseys will be accompanied by a themed City Edition court, with the Spectrum badge placed at center court, surrounded by red baselines and sidelines and the team's navy blue in the painted area, as seen below: 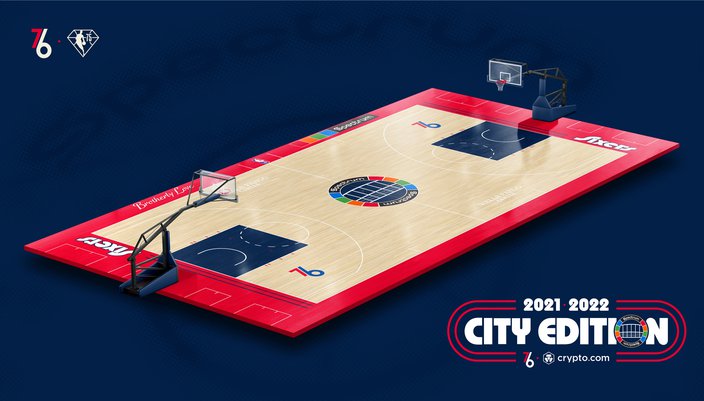 Philadelphia is expected to wear the new jerseys for the first time on Wednesday, November 3rd against the Chicago Bulls, and will wear the jerseys for each of 13 "Spirit of 76" promotional nights at the arena this season, where the team says the arena will feature "throwback themed entertainment" as well as giveaways. Those giveaways include posters featuring the team's current players in the retro-themed jerseys, such as the shot of Seth Curry seen below: 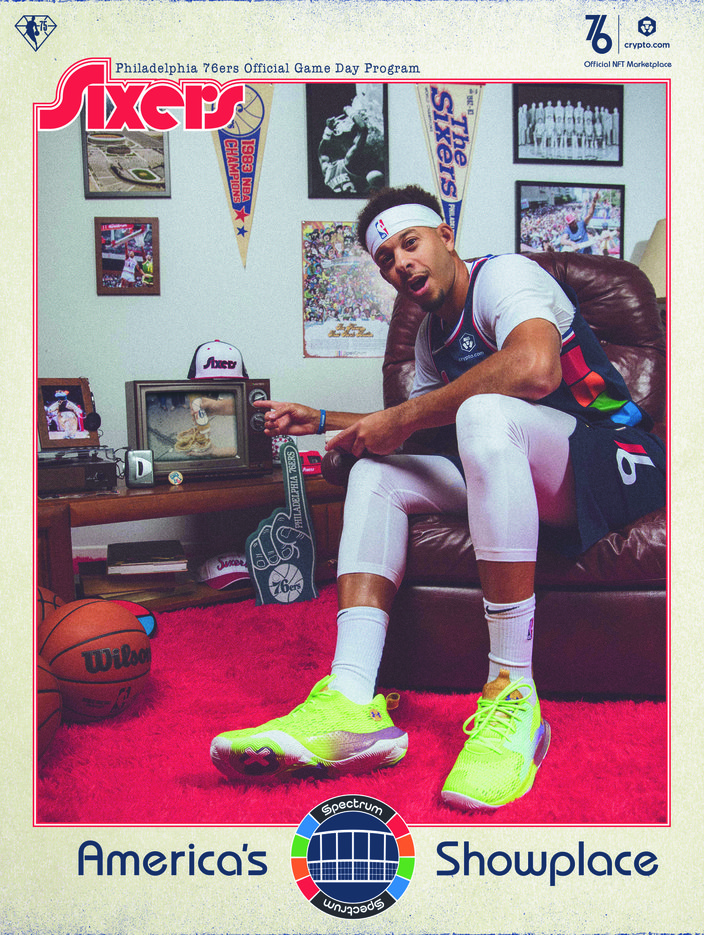 “The Spectrum holds a very special place in our franchise lore, having served as the 76ers’ home arena for nearly three decades,” Sixers President of Business Ops Chris Heck said in a press release. “The memories made at America’s Showplace, including the historic 1982-83 championship season, are priceless, and will be relived through the 2021-22 Nike NBA City Edition uniform. We’re also excited to display the colors of the Spectrum logo, which represent the teams that our fans love and support here in Philadelphia.”

Fans will be able to purchase City Edition merchandise beginning on Monday, November 15th on SixersShop.com and through the team's store at their current home arena, Wells Fargo Center.