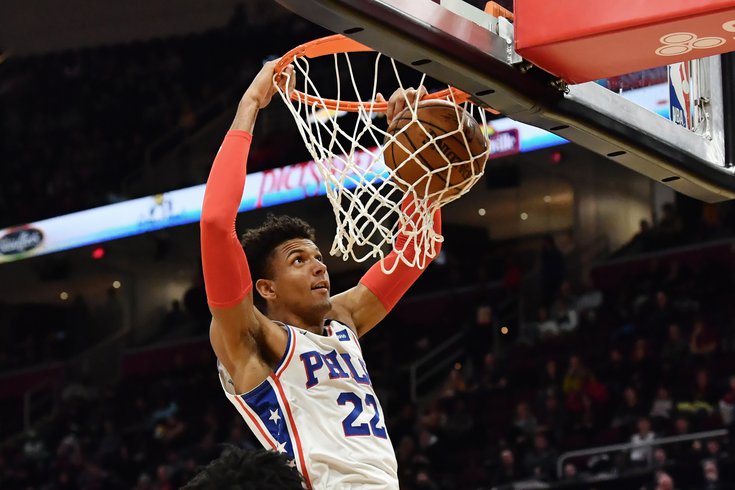 Matisse Thybulle has become an internet sensation since arriving to Walt Disney World for the NBA's restart amid the COVID-19 pandemic this month.

After over four months without basketball due to the COVID-19 pandemic, the 2019-20 NBA season is set to resume next Thursday at Walt Disney World in Florida.

Teams and select media members began arriving to the league’s “bubble” earlier this month in order to quarantine before practices and games could start up.

As players, coaches, staff members, and reporters have gone through extensive coronavirus testing protocols and emerged from self-isolation within their hotel rooms, fans back home are starting to catch a glimpse of what life will look like at Walt Disney World for the next two-plus months.

One person who is providing fans with a first-hand account of the experience is Philadelphia 76ers’ rookie Matisse Thybulle.

Thybulle has started a YouTube series titled “Welcome To The Bubble,” and the behind-the-scenes access does not disappoint one bit. Since Sixers fans can’t be there in person, Thybulle is providing the Philly faithful with an inside look at what the 76ers are doing everyday in Disney World.

Not surprisingly, it’s super interesting, entertaining, and funny. It's so good, in fact, that Thybulle was on Good Morning America on Tuesday.

The first episode starts off with Thybulle packing for the trip and begrudgingly picking up Chick-Fil-A for his teammates before the flight to Orlando. After documenting the team flight from Philadelphia, the first episode shows the team arriving and checking into their hotel at the resort, the Grand Floridian.

It concludes with Thybulle settling into his room, hilariously going through the free goodies that the league provided each player in their rooms, and eating his first meal without utensils.

The second episode is where we see Thybulle’s first COVID-19 test, and it was not a pleasant sight. We also see him finally deciding to unpack his luggage, as well as the completion of the players’ quarantine upon arrival to Disney World and being free now to move about the complex.

We also get a first glimpse of the Sixers’ makeshift training room inside an empty hotel room, as well as the team’s first practice inside a ballroom on Disney World’s campus.

The third and most recent episode starts off with Thybulle catching up with his dad before going to a less-than-ideal early morning practice. It’s during this episode where we get our first look at the players lounge in the Sixers’ hotel, where Thybulle can be seen playing cards and pingpong.

But the highlight of the first three episodes is seeing Thybulle get stuck on a boat with fellow teammates Tobias Harris and Kyle O’Quinn.

Most of the Sixers’ players are featured in the series, including Joel Embiid, Ben Simmons, Al Horford, and Harris. We also get a guest appearance from former 76ers’ guard T.J. McConnell.

All three episodes of Thybulle’s series can be viewed on his YouTube channel.

But this isn’t Thybulle’s first foray into content creation. During the four-month hiatus as players were at home at the height of the pandemic, Thybulle became a TikTok sensation to keep himself amused.

The creativity of Thybulle’s videos shouldn’t come as a surprise to anyone who has followed him on social media during the suspension of the season.

Now the Sixers will be counting on Thybulle and his elite defense to help the team capture an NBA championship once the season restarts.