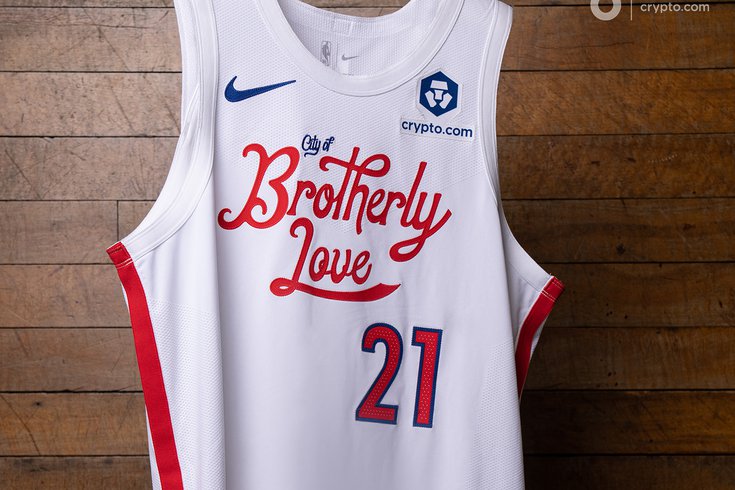 The big change for this one is what goes across the chest. In lieu of including the usual lettering featured in the middle of their jerseys — a la Sixers, Philadelphia, or PHILA — the team/Nike opted to go with City of Brotherly Love, bolding out the last two words in big, red font. Like many of the team's classic or classic adjacent uniforms, these are relatively clean and simple, most closely resembling the 1970s-era throwbacks that they wore during the dreadful 2019-20 season. Let's hope the basketball product is a little better than the Al Horford year.

The theme, if you couldn't tell from the jersey itself, is celebrating the history of Philadelphia basketball, including but not limited to the Sixers. Between the Big Five and various high school basketball rivalries in the area, there's plenty of history to mine through, though I'm not sure how well that's actually reflected in these jerseys.

I suspect you'll see some fun Philadelphia facts floating around social media today. For example, the Sixers sent over a list of native Philadelphians who have suited up for their hometown team, a list that includes Wilt Chamberlain (duh), Wali Jones, Aaron McKie, John Salmons, and a number of other players including...

...process Sixers legend Brandon Davies! Despite being one of 10 people who watched most of the games of the Process era, I had forgotten the BYU product of "honor code" fame was actually born in Philadelphia before moving and growing up in Provo, Utah. You remember something new every day, or something.

A palate cleanser after you had to hear about the Process Sixers in 2022: 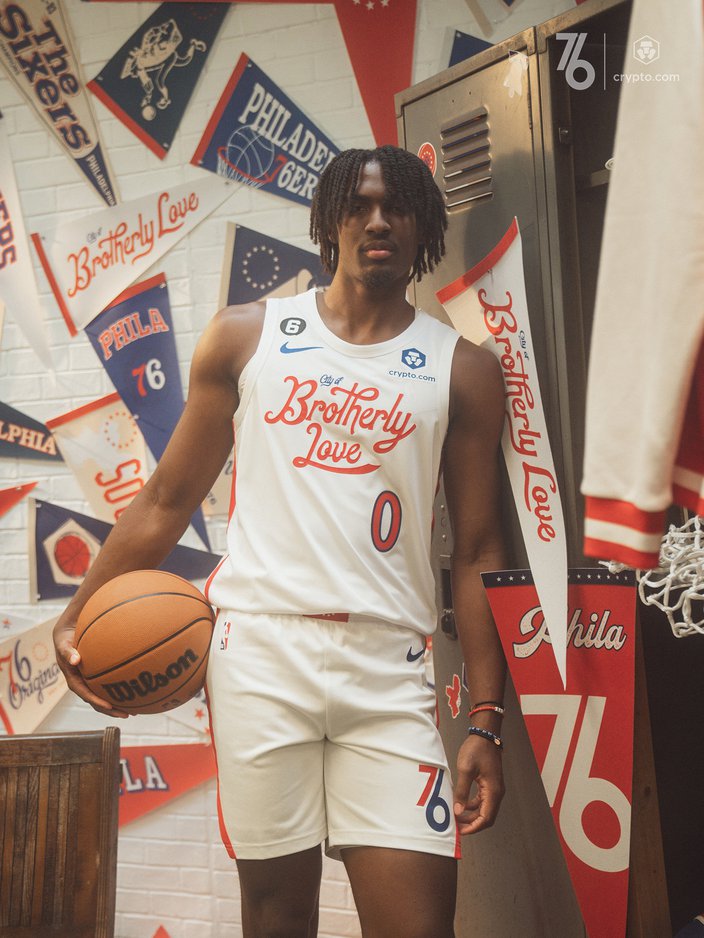 As for hot takes on the jerseys themselves, I think these are aggressively fine but not exactly much of a departure from pre-existing uniforms they already wear. Last year's Spectrum uniforms set a really high bar to clear, if you couldn't tell from how often you saw somebody in a Tyrese Maxey Spectrum jersey last season, and the follow-up was basically always going to be a slight disappointment. I think a lot of Sixers fans underrate the team having a classic, cohesive design and color scheme with jerseys that are roughly 15x better than the dreck they trotted out prior to their recent re-design, but there's not a whole lot to these.

(Speaking of Iverson, I suspect these will draw more calls from the millennial and younger crowd to bring back the black uniforms of his heyday. After the Boathouse Row fakeout of a couple of years back, fans have continued to lust after the return of those despite little-to-no indication they're in the mix. I'm a dissenter on those too, though given the number of '90s-era jerseys that have been brought back recently, I would think it's an inevitability those come back at some point. No #sources, just reading the room.)

Anyway, you'll be able to purchase these from SixersShop.com starting this Saturday at 10 a.m. Plenty of time to get one for little Timmy before the holiday season hits.