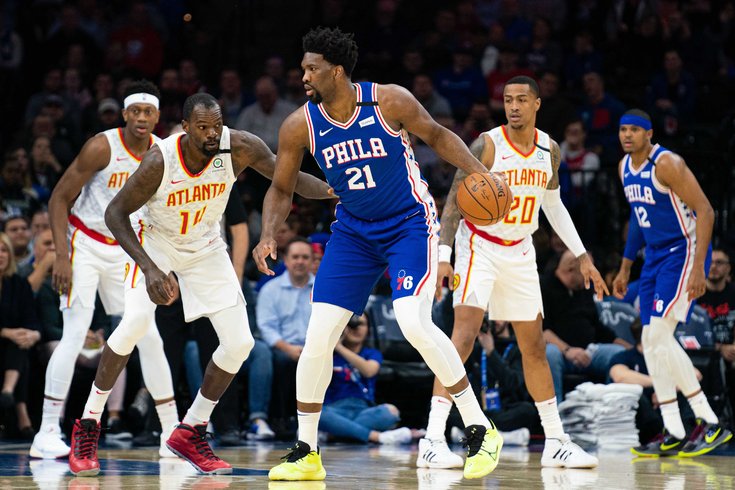 Joel Embiid's potential absence is the major plot point for the Sixers' series against the Hawks.

The big fella is back and starting. pic.twitter.com/IOKcoRQgpy

The Sixers will host the Hawks at 1 p.m. to open the second round of their latest playoff series, but the storyline surrounding this game is dominated by who might not play — Philly MVP candidate Joel Embiid.

Embiid hurt his knee early in a Game 4 loss to the Wizards, the only loss for the 76ers so far, but the team rebounded to oust Washington in five games.

The Hawks made seeming short work of the Knicks in surprising fashion and are a trendy pick to update the Sixers, particularly if they are missing their big man for significant time. Reports have said Embiid is day-to-day and there is a chance he plays either Sunday or later in the series but whether he will be 100% again this season is anyone's guess.

We've already taken a look at some key matchups to keep an eye on throughout the series, and we'll have an update on Embiid's status prior to game time.

Before you dive deep into Kyle Neubeck's postgame coverage of Game 1, be sure to follow along live, right here, to see all the highlights, analysis and takes as the game progresses: