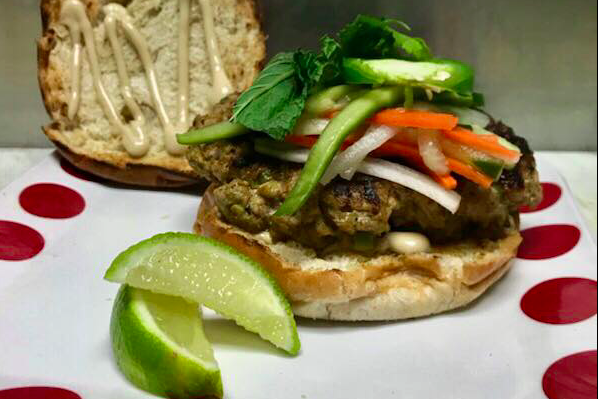 Philadelphia may be celebrated for its cheesesteaks, but the city has also been praised in recent years for some of the best burgers in the United States.

Two of last year's best hamburgers in America sit at opposite ends of the price spectrum.

If you want to pay $26 for a monstrous burger, The Daily Mail recommends Jose Garces' Village Whiskey's mammoth Whiskey King, which has foie gras packed on top for good measure. On the cheaper side, South Philly's Fountain Porter got the nod from Uproxx last year for its tried-and-true $5 cheeseburger.

This week, Thrillist produced its own 2018 list of the best burgers in the country, picking Fishtown's Sketch Burger, 413 E. Girard Ave., among the top 31.

Here's what they had to say:

You may find yourself distracted by the colorful drawings from patrons adorning pretty much every spare inch of wall space in this Fishtown mainstay. That distraction will last only until your burger arrives, a hulking half-pounder that just manages to keep it together beneath whatever cheese or toppings you deem worthy of coming in between said patty and its locally baked country white bun from Le Bus. Maybe you're a harissa aioli type. Maybe salsa verde and a fried egg is more your jam. Maybe spice frightens you and you just want some American cheese and pickles. However you play it, the best burger in Philadelphia will shine, both metaphorically and on your greasy fingertips.

The selection shouldn't come as much of a surprise. Alongside the now-closed Pizzeria Beddia (which is expected to return at a larger space, don't freak out), Sketch Burger is one of Fishtown's most popular restaurants. The place offers a discounted Burger of the Month club card and accepts weekly sketch submissions that are featured both in-store and on social media.

As for the merits of the burgers, a visual tour is probably the best way to make the point.

Who's ready for some @philadelphiaeagles football tonight?!? 🏈 Leave game time eats to us with our special Game Day Takeout Deal: - 2 burgers - Large fries - 1 milkshake .... for only $20! Carry-out only, and mention the special when ordering! #📸 @philmytummy #philly #philadelphia #philadelphiaeagles #football #gameday #burger #burgers #fishtown

Nick: You want Philly Philly? Doug: Yeah, lets do it Nick: PHILLY SPECIAL..... READY!?!? In honor of OUR Super Bowl Champions The Philadelphia Eagles...Our February Burger of the Month is the Philly Special! Our take on the classic Minnesota Juicy Lucy... It looks like a perfectly grilled grass fed beef burger, but wait! whats this surprise! Bacon, blue cheese, and caramelized onions stuffed inside 😋 Didn't see that coming did ya, pats. Served with homemade wasabi mustard and a side of victory.

Introducing.... our Sunday Freestyle Burger! This week, get a burger on grilled French Toast, topped with bacon, cheese, a fried egg and slathered in maple syrup. A limited number are available today only, so try it while you can! 🍔 🥓 🧀 🍳 #burger #sundayfunday #fishtown #philly #philadelphia