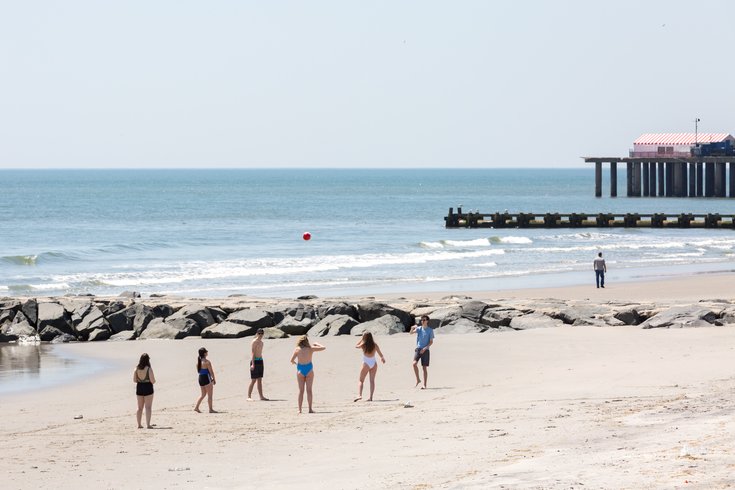 Teens play on the Atlantic City beach on a sunny, warm day in early May 2018.

Summer unofficially begins next weekend and plenty of people will be flocking to the Jersey Shore to get some sun.

Though 68 percent of Americans recognize that skin cancer is the most common form of cancer in the United States,  only 42 percent apply sunscreen to exposed skin, according to a recent survey conducted on behalf of The Blue Cross Blue Shield Association.

Many millennials have potentially unhealthy views of sun tans, the survey revealed.

About 58 percent of millennials believe a tan makes a person more attractive, according to the survey. About 53 percent believe it makes them appear more healthy. And 31 percent use tanning beds to get a baseline tan.

Additionally, only 35 percent of Americans wear the highest SPF sunscreen available. Yet, 76 percent say they know they can still get a tan while wearing higher SPF sunscreens. Dermatologists recommend using a sunscreen with an SPF of 30 or higher, and reapply every two hours.

An estimated 10 million commercially-insured people have skin cancer, according to Blue Cross Blue Shield. Though women are more commonly diagnosed than men, it is 48 percent more costly to treat men with skin cancer. 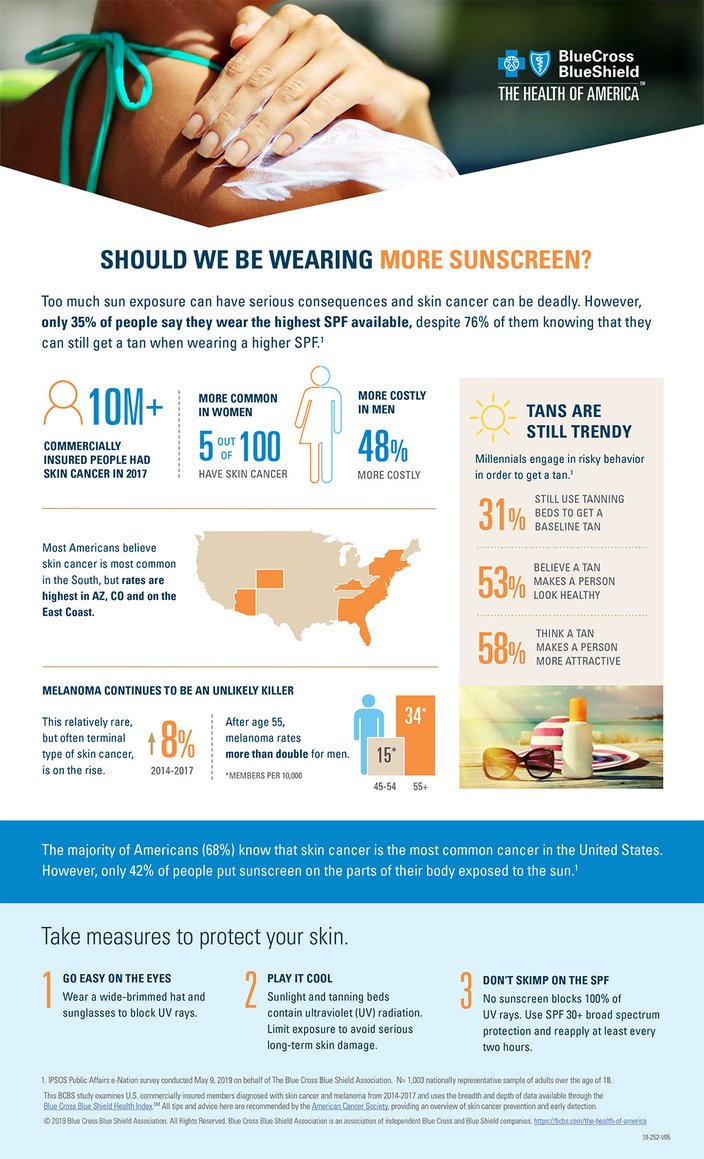 Also concerning: The rates of people with melanoma – a rare, but deadly form of skin cancer – have increased in recent years. Among men, the likelihood of being diagnosed with melanoma more than doubles after age 55.

And while many people assume skin cancer is more prevalent in the southern states, rates are actually highest in Arizona, Colorado and the East Coast.